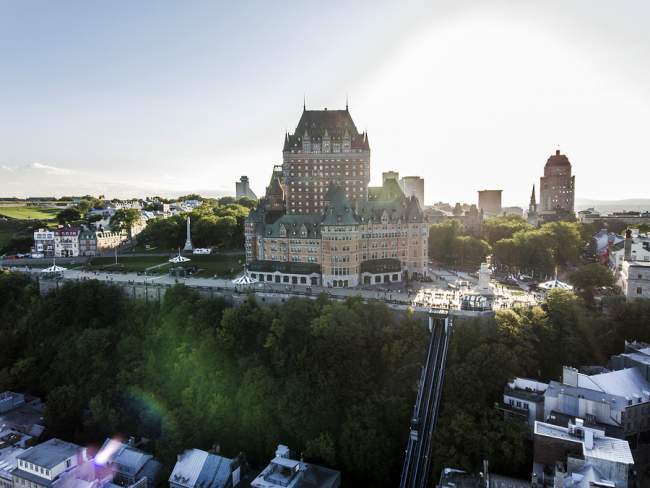 It’s easy to forget that the United State’s Northern neighbour Canada is actually much larger in terms of land mass.

This large nation endowed with an astounding diversity of wilderness only has a tenth of the human population found in the USA, but is known as a safe and friendly place to live.

When it comes to flying your drone through those great Canadian spaces, things are less on the friendly side however. While the US drone world is governed by some fairly open federal regulations and state laws that seldom venture into the draconian,  Canada has a harsher outlook on UAS operation .

In this article I’m going to touch on  the most important things you have to know if you plan on operating a drone in Canadian airspace.

DISCLAIMER: I’m not a lawyer and definitely not some sort of expert on Canadian law. We provide this article not as a legal resource, but as an awareness raising exercise. It is your responsibility to know and comply with the letter of the law. If you’re unsure about the legality of your drone activity, get in touch with local Canadian government representatives.

Canadian Drone Laws in a Nutshell

There are separate rules that apply depending on whether you want to use your drone for recreation or business. Drones that weight less than 250g are not the target of the rules in the order, but you should still fly them responsibly!

Drones that are subject to the order weigh between 250g and 35 kg. Violating the rules can carry fines as high as 3000 CAD! There are quite a lot of rules and it can be hard to obey them at all times, but here they are so you can’t say you didn’t know! You don’t have to apply for permission to fly such drones however. You can buy and fly them as long as you comply with the rules set out by the transport authority.

You aren’t allowed to fly more than 90m above the ground. You also can’t fly within 30m of vehicles, vessels or people. The 30m rule only applies to drones between 250g and 1kg. If your drone is over 1kg then the distance is extended to 75m.

You may not operate your drone closer than 5.5km from any place aircraft takeoff and land, unless it’s for helicopters only. In which case the distance is reduced to 1.8km.

If there is any sort of hazard or disaster area then you are not allowed to operate the drone within 9km of the site. You also can’t operate it in such a way that it interferes with the police or emergency responders.

You can only fly in daytime and can’t fly in the clouds. Your drone must always be in sight, within 500m of yourself and must be marked with your identity and contact details.

The only times you are not subject to these rules is if you’re at an event or an official field of the Model Aeronautics association of Canada.

When to Apply For Permission

If your drone weighs more than 35kg you need government permission to fly it. Additionally, regardless of weight any non-recreational use of a drone also needs permission. If either or both of these are true of you then you need to apply for a SFOC or Special Flight Operations Certificate. Flying a drone that needs an SFOC without one is a bad idea. Individuals face as much as $5000 in fines while companies could pay up to $25000! If you have an SFOC but break the rules stipulated by it the fines are as much as $3000 or $15000 for individuals and companies respectively. Harsh!

While Canada still mulls over drone-specific laws there are plenty of existing laws that are relevant to things such as privacy, harassment and trespassing. There’s also plenty of criminal law on the books that cover issues such as endangering aircraft, violating protected airspace or causing injury or damage. So don’t think because there aren’t yet drone-specific laws in these areas that you can do what you want.

Speaking of which, there are a whole host of upcoming drone laws in Canada which will likely further restrict drone use and replace the interim order rules. Let’s see what’s on the horizon.

Canada’s transport authority has proposed some pretty detailed drone regulations. Assuming that they pass as proposed there will be a few changes. First of all, the weight categories are going to change. The recreational drone category will be from 250g to 25kg.

Regulations will be by category, depending on the size of the drone and where it will be used.

Very Small Drone Operations will cover drones between 250g and 1kg. This is the main recreational category and has the simplest rules. This will be most like the US FAA registration category. The drone has to be marked with certain information, there’s a knowledge test, insurance is mandatory and existing flight restrictions still apply.

Then there’s a category for Limited Rural Operations which applies to agriculture, wildlife surveys and so on. The requirements for this category is only a little more restrictive than the basic category.

Complex Urban Operations  require a pilot permit for small drones. You must have liability insurance too. Registration and demarcation is mandatory. The drone itself must meet approved design standards and you need to get in touch with air traffic control if you want to fly in controlled spaces.

As you can see, Canada is taking the whole drone thing very seriously. Before you even think of touching those controls you’ll have to study and pass tests while also registering the craft under a future regime. Break any of these rules and you’ll feel it in your wallet too! Canada may be filled with friendly people, but it sure isn’t all that friendly to drones!