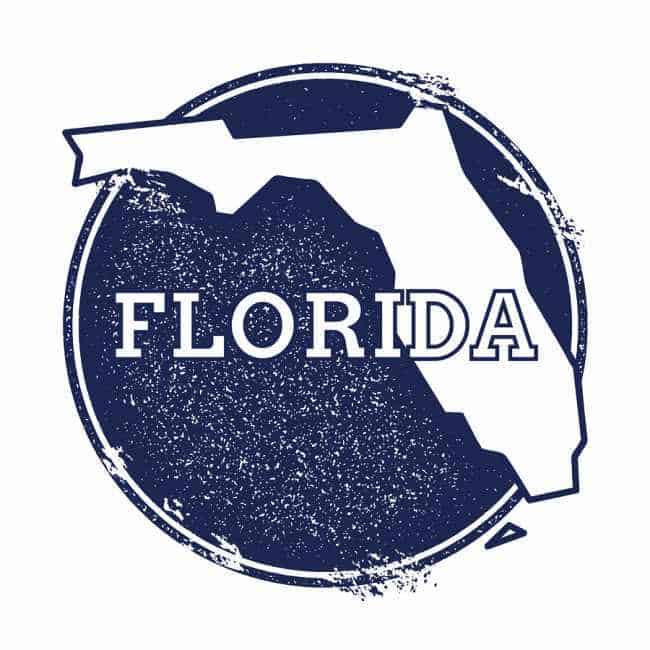 Florida is known as the “sunshine state” and indeed (barring the odd hurricane) there is some great flying weather to be had. Favored by retirees and young outdoorsy people alike, it would be a pity to keep your drone grounded.

Before you switch on and take off however, you better be sure you’re in compliance with both federal and state laws related to unmanned aerial systems.

I’m not going to cover the federal laws that everyone must comply with in the US here. We’ve written about them on DroneGuru ad nauseum by now and of course the FAA’s own site lists just about everything you need to know. Just be aware that  you need to take federal and state laws as a whole when conducting yourself as a drone pilot .

On top of this your own local government might have additional bylaws for your town or city. Government, right? What are you gonna do?

It’s important to note that in Florida (under statute 330.41) cities and municipalities can only make laws related to:

“activity such as reckless endangerment, harassment, property damage, or other illegal acts committed via drone.”

So you can refer to state level or federal regulations and laws when it comes to airspace or drone pilot certification.

Getting to Grips with Florida Drone Laws

The good news is that there aren’t too many drone-specific laws on the books in Florida. Here’s a breakdown of the most important ones you need to know about. Obviously this can’t be exhaustive in detail since legislation is by its nature obsessively detailed and pedantic. So think of these as broad points. If they apply to your specifically then I invite you to go look at the specific wording of the law itself.

The act in question is the FAA’s own site

If a facility is fenced, has signs up saying things like “authorized personnel only” and otherwise looks like it doesn’t want just anyone popping in for a visit, you can’t fly there chum.

Think of things like power generators, cellphone towers, natural gas stations and so on. Their airspace is verboten to John Q Public. You also aren’t allowed to fly close enough to such places where your flight might interfere with their operations.

If you want to fly close to such facilities give them a call and find out what distance they are comfortable with. Get it in writing if you can, but it’s probably better to pick places well away from critical infrastructure if you can.

Remember that YouTube video of the kid who attached a pistol to a drone? Well, if you live in Florida you can just forget about weaponizing your drone buddy. Any destructive device such as a knife, explosive or firearm may not be attached to your drone.

You can’t use your camera drone to capture images of people in private places such as their home where they’d have a reasonable expectation of privacy. Obviously if you have their permission it’s a different story.

It’s also OK to take images that don’t capture information about people’s private lives in order to do things like property appraisal, gas line inspection and other reasonable business and government use cases.

If You Break the Law

If someone feels you’ve violated their privacy or otherwise caused them injury by using your drone then they can seek punitive damages against you. They can also get injunctive relief against you which means if you do the same thing again you’ll be punished pretty swiftly.

Florida’s laws also make provision for some pretty steep damages, more so than usual apparently. There have been some concerns about the broad definition of surveillance in Florida law.

Since drones are still a relatively new thing you can expect quite a lot of amendments to existing laws and additions of new ones in the future. Florida has put up a few proposed laws that might come into effect after going through the lawmaking process.

One important one I think will probably get the go-ahead is a restriction on drone flight near or over correctional facilities. Drones have been used to drop off guns, drugs and other contraband so there’s a good reason to ban them in this case.

There’s also a proposal on the books that would prohibit registered sex offenders from using drones, for obvious reasons. Florida also wants drone operators to be held liable for injury or damage caused by pilot error.

Florida really has a lot to offer when it comes to scenery, location and weather conditions. With a little homework and diligent application of the laws you’ll be having a ball flying in the sunshine state in no time.

Just remember that federal law takes precedence over state laws. When there is conflict between the two the federal laws are preemptive. However, until the fact of preemption is settled in court you’re better off obeying state laws or face penalties in the mean time.