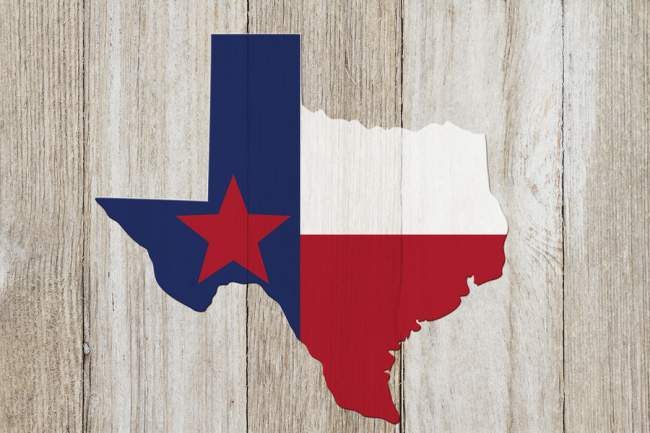 If you’re a resident of Texas you sure have a lot going for you. A great variety of outdoors natural wonder and let’s not forget some of the tastiest food on the planet.

If however you want to explore the great Texan outdoors with your camera drone, you don’t have the free reign you might expect. Just as we’re seeing in other parts of America and the world in general, governments are cracking down on pilots of camera drones.

The phenomenon of camera drones may be fairly new, but laws have been pushed through pretty quickly and you need to know what you can or cannot do before your drone ever leaves the ground.

Before we actually look at the latest drone laws that govern your flying in Texas, I have to say that I am not a lawyer. This is not legal advice and I am not liable for your legal issues if there is a mistake in this article.

Remember, it’s always your responsibility to be familiar with the law in your part of the world. This is also not an exhaustive list of all the laws relating to drones. I’ve just tried to single out the most important ones. So be sure to review them and consult with local authorities in case you are unsure.

As you probably know, the Federal Aviation Administration (FAA) introduced drone legislation on a federal level at the end of 2015.Those regulations apply to your drone wherever you may be in the United States.

Additional legal restrictions or special conditions may be imposed at the state level, but at the very least you need to comply with the FAA regulations before you operate your camera drone.

Here are the general requirements from the FAA:

There’s more, but you can review the summary list here.

Also, keep in mind that even if you are in-line with federal regulations and state laws, there may be local ordinances or laws that apply to your city or town.

What Can I Do With My Drone in Texas?

First of all, you are allowed to take photos with your camera drone in Texas, but there are several limitation to how and when you can do this, thanks to serious concerns around privacy and how drones may breach them.

If your drone does not have a camera for taking pictures of the ground then of course these don’t apply to you, but a good number of drone pilots fly camera drones with the express purpose of capturing video or still photos.

You can take pictures in places that the FAA has approved for drone flight, as long as you don’t violate some of the specific privacy laws and regulations of Texas.

You can take pictures for professional or academic research. So if you are an employee of a company or school conducting research you can act on their behalf and operate a drone for those purposes.

If you are on private property you need the consent of the person who owns it. They don’t say it, but it’s probably a good idea to get that permission in writing.

What You Can’t Do With Your Drone In Texas

While there are lots of specific cases that count as illegal uses of your drone specific to Texas, the overarching principle is that you can’t use your drone to spy on people.

Whoever is in your footage or in your photo must be aware that they are in the imagery and must give permission for you to record them.

The law isn’t so cut and dried however, it specifically prohibits you from using your drone with the intent of using it to perform surveillance. In other words, if you do take prohibited pictures or videos of a person or place that you aren’t meant to under the law then it doesn’t automatically mean that you are in trouble.

What if I Take an Illegal Picture?

To actually commit the offence and be guilty of a crime, you have to not only take the illegal photo, but you have to keep it, disclose that you have it, display it, spread it or otherwise use it.

If you immediately destroy the image as soon as you become aware that if is not legal for you to have it and you have not yet shared it with a third-party you can use this as a legal defense.

Under Texan law certain structures are legally defined as being “critical” and you have to steer clear of them. Something is considered critical if it is completely fenced in a way that makes it clear people are not supposed to enter.

It includes petroleum refineries, electrical infrastructure, telecoms infrastructure and basically anything big and important that the state generally does not want you to crash a drone into or take pictures of. Consult the original laws for an exhaustive list.

Don’t Be a Dummy

Obviously there’s more to it than this, but in general the FAA regulations and the privacy laws concerning drones in Texas should have you covered. Most of the other laws just empower particular classes of people (such as law enforcement) to use their drones in ways regular people like us aren’t allowed to.

Thanks to the sudden attention that radio-controlled craft are now getting because of camera drones, I recommend that you join or at least consult a local flying club. These organisations usually have a good relationship with local FAA representatives and know all the approved areas where you can fly. Nothing beats getting advice from the people who actually put all those flight hours in!

DISCLAIMER: I am very much not a lawyer, not an expert on state drone laws and absolutely not responsible for your compliance with state and federal law. This article is provided for informational purposes and to raise awareness of laws that might affect you. It’s ultimately up to you to ensure you’re using your drone legally. When in doubt seek professional legal advice or contact local law enforcement for information.
Sydney Butler
Sydney Butler is a prolific technology writer with a knack for digital gadgets and a love of flying things. He's been messing with tech since the early 90s and dreams of the day that quadcopter hoverbike finally goes on sale.
Latest posts by Sydney Butler (see all)