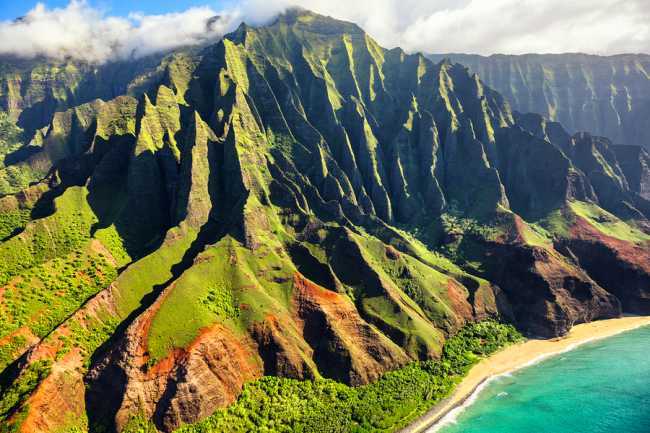 Hawaii is one of the few places in the world that can rightly be called a paradise. This island US state is a prime holiday destination and there’s a lot of scenery and activities for drone photographers to drool over.

If you live in Hawaii or plan to visit, then you should really familiarise yourself with local drone laws. If not, you could find your vacation be less than pleasurable.

Disclaimer: We aren’t legal experts here at Drone Guru, we’re just passionate about drones. So it remains your responsibility to make sure you comply with all laws that pertain to your drone in the place you want to fly it.

Hawaii is looking at implementing a number of laws that will restrict drone use in ways we’ve seen before. These are pretty typical and (for the most part) reasonable restrictions. They include flight bans near sensitive infrastructure not already covered by federal laws. There’s also the common ban on weaponizing drones with things like knives and guns. Proposed laws will also limit what the police are allowed to do with drone technology, mainly with the aim of protecting citizens’ rights.

Flying Over Public Parks and Beaches

This one is a bit of a bummer, but Hawaii is trying to pass laws that would prohibit taking off, landing or flying over a public beach or park without first getting permission. Since these two areas are presumably two places where a lot of people would want to fly in the first place, it might throw a spanner in the works.

If they pass into law, drone pilots in Hawaii are facing several flight restrictions. Apart from compliance with the FAA, you’ll have to keep several additional rules in mind.

Flying below 250 feet over private property will only be OK if you get permission first. You also won’t be allowed to do night flying or let the drone go beyond your line of sight.

There’s also another law that might raise the flight ceiling over private property to 500 feet, under which you’d need permission to fly over. Yet another trespass law might set the flight

Hawaii might also pass a law that will require liability insurance before you are allowed to fly anywhere.

Potential laws are also set to expand existing privacy laws so that they include drone photography. If you don’t have a person’s consent, you won’t be allowed to photograph them or otherwise collect information on anyone without explicit consent.

Another interesting proposed law deals with crimes that are aided by using drones. Criminals have taken to using drones to drop off packages, do surveillance and counter-surveillance or aid in crime in other ways. I if passed, a new law will make the penalties for a crime more severe if a drones was used.

Hawaii is such a beautiful destination that it seems a pity so many drone restrictions are in the pipeline. Don’t let that get you down however. Just get all the legal requirements out of the way and enjoy flying in one of the most desirable locations in the world!