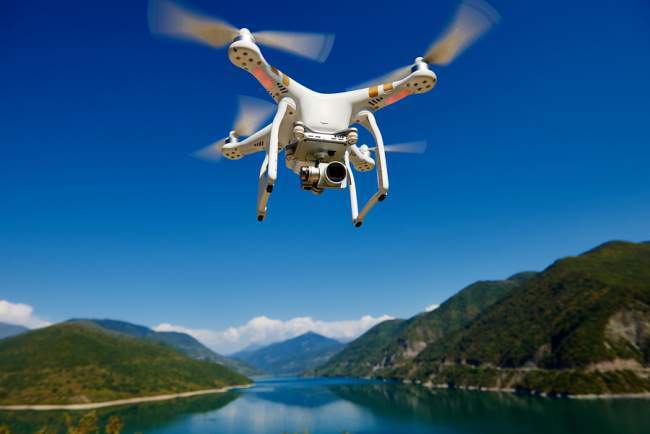 This topic generally sparks a hot and heated debate where no one is left with any “real” answers.

To own a drone there are certain laws you must abide by in order to have and fly it.

The Federal Aviation Administration holds all authority over the United States airspace and is responsible for all things that fly and also making sure that whatever is flying is doing so in a safe manner.

According to the FAA’s website, the most common restrictions in the United States are as follows:

The FAA’s website provides guidelines for using your drone, but not necessarily the laws attached to it. In fact, it’s more common to find that there are different laws in different states regarding drones and where you can and can not use them.

CAN YOU FLY A DRONE OVER PRIVATE PROPERTY?

This question actually poses the beginning of a hot and heated debate between people. Though there are laws that protect civilians against the use of drones, there’s actually not a clear cut answer on whether you can fly drones over private property.

One side purposes the argument that individuals own the rights of the airspace that extends up to 500 feet. They also bring up a good point that having a drone on someone’s private property is the same as an intruder walking through your backyard.

Others argue that drones are the next big thing for the aviation industry and that decisions regarding airspace should not be made by an individual but rather collectively. Furthermore, an individual can not deny or grant permission over their aerospace.

You can still report a drone for and base your argument and concerns off these things:

CAN YOU FLY YOUR DRONE IN A STATE PARK?

The best way to find out if you’re allowed to fly your drone in a state park is by simply going to one and asking the park ranger.

Some will be cool about it while others will go into panicked administrative mode.

Though some park rangers will let you fly, they may have some restrictions of their own that they put on your drone just to protect the privacy and safety of other park visitors. 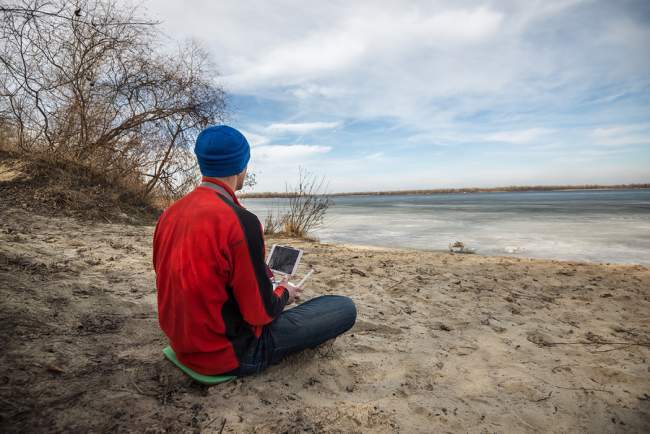 CAN YOU FLY YOUR DRONE AT NIGHT?

According to the Federal Aviation Administration’s guidelines, drones weighing less than 55 pounds are to be flown lower than 400 feet and only to be flown during daylight hours or civil twilight which is 30 minutes before official sunrise to 30 minutes after official sunset, local time.

When flying at civil twilight hours, you should make sure that your drone has the appropriate anti-collision lightning.

If you would like to conduct a night-time flight, you will need to have a waiver signed.

Things to remember when flying your drone at civil twilight hours:

For more information regarding night-time flights visit this article at USAToday.

CAN YOU FLY YOUR DRONE AT A BEACH?

You’ve probably seen YouTube videos of people flying drones on beaches all over the country.

However, it’s not clearly stated by the government whether or not this is legal or illegal.

Since drones are a fairly new commodity among hobbyists, states have taken it into their own hands to set laws regarding drones on beaches.

The best way to see if the beach you’d like to fly over is available is to download the Federal Aviation Administration’s official app Before You Fly because this can give you a definite answer regarding this.

You can also check out these great apps:

Hover has a map of No Fly Zones – and also much more useful features.

UAV Forecast gives you real-time flight restrictions and shows you No Fly Zones. You also get useful detailed weather forecasts.

Also, remember the guidelines for neighborly drone use especially when you’re flying in a very public place such as beaches: