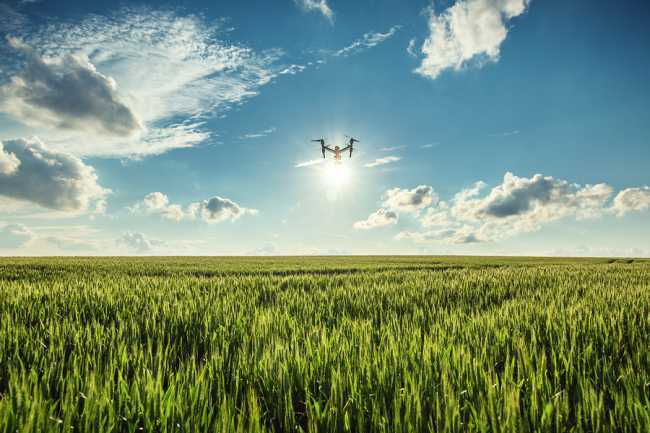 Drones, which were once a reserve of the military, are now redefining precision agriculture.

The number of farmers adopting the use of drones in their farms is growing steadily. Drones offer them a low-cost aerial camera platform. This way farmers can cost-effectively monitor their crops.

Drones are used to capture images which are later processed using software to create a reflectance map the crops on the farm.

Extreme weather conditions are on the rise. With the growing world population, agricultural consumption is expected to grow tremendously. Owing to these circumstances, many more farmers are expected to embrace drone technology.

There are lots of benefits to drones in agriculture, however, just like any other technology, drones have their pros and cons that farmers ought to be aware of before they go buying one.

Drones could be used for soil and field analysis. They can be used to produce accurate 3-D maps that can be used to conduct soil analysis on soil property, moisture content, and soil erosion. This is very important in planning seed planting patterns. Even after planting, such information is useful for both irrigation and the management of the nitrogen level in the soil.

Though not quite prevalent just yet, some manufacturers have come up with systems able to shoot pods containing seeds and plant nutrients into the already prepared soil. This profoundly reduces the planting costs.

One of the largest obstacles in farming is inefficient crop monitoring of vast fields. This challenge is made worse by the rise of unpredictable weather patterns which lead to increased risks and maintenance costs. Drones can be used to develop time series animations to show precise crop development which reveals production inefficiencies hence better crop management.

Using ultrasonic echoing and lasers, drones can adjust altitude with a change in topography and geography. Their ability to scan and modulate its distance from the ground enables them to spray the correct amount of the desired liquid evenly in real time. This results in increased efficiency since the amount of water penetrating into groundwater is minimized. Spraying using drones has also proven to be faster than other traditional methods.

Drones equipped with thermal, hyper-spectral, or thermal sensors can identify the parts of the field have become dry.  This way the identified areas can be attended to promptly making irrigation precise and timely.

Some drones are capable of scanning crops using visible and near infrared light. On-board light processing devices are then able to identify the amounts of green and near-infrared light reflected by the plants. This data is then used to develop multi-spectral images which depict the plant health. These images can be used to track crop health and to monitor remedied administered if any sickness is discovered.

Unlike traditional aircraft, the drones are easier and cheaper to deploy.

There are some problems with drones in agriculture. Most of the drones have a short flight time of between 20 minutes to an hour. This makes limits the acreage that it can cover for every charge. The flight range also limits the radius that can be cover during every flight time. Drones that can offer longer flight time and longer range are relatively costlier.

Drones with the features that qualify them for use in the agricultural are quite costly. This is mostly so for fixed wing drones which could cost up to $25000 (PrecisionHawk’s Lancaster). For some drones, the heavy cost is inclusive of hardware, software, tools and imaging sensors.

Buying drone that does not come equipped with the necessary equipment could be cheaper. However, the desired cameras and the processing software are quite costly making it equally capital intensive. Purchasing drones equipped for use in agriculture could prove costly in the short run but worthwhile in the long run

The use of drones for agriculture purposes is considered commercial. This means the farmer needs to undergo FAA operator training so as to acquire a remote pilot certificate or hire an operator with such qualifications. FAA also demands that drones be flown at an altitude of not more than 400 feet.

Interference Within the Airspace

Agricultural drones share the same airspace with manually manned aircraft. Hence they are prone to interference. It’s, therefore, advisable the farmer files his/her flight plan with the local airport or the FAA before the flight.

Most of the arable farmlands in the US have very little online coverage if any. This means that any farmer intending to use drones has to invest in connectivity or buy a drone capable of capturing and storing data locally in a format that can later be processed.

Drones are much more prone to climatic conditions, unlike traditional aircraft. If it is very windy outside or rainy outside you may not be able to fly them.

The images require analysis by a skilled and knowledgeable personnel for them to translate to any useful information. This means an average farmer without these skills may need training or may be forced to hire a skilled personnel conversant with the analysis software to help out with the image processing.

Drone technology keeps improving every day. With many manufacturers entering the industry, it’s hoped that the cost of the drones and the accompanying equipment will reduce. Limitations like flight time and range are also expected to be solved by an improvement in technology. These improvements will ensure that farmers reap more from the use of drones.

3 of the Best Priced Drones for Agriculture are:

1. The DJI Phantom 3 Standard. It has a flight time of around 23 minutes, and captures very good 12 MP Photos and 2.7k video.

It is cheap, and a good starter drone, and can be used for crop monitoring, 3D-mapping + NDVI (with the help of an app) and photography.

2. The Phantom 4 Pro, which can do all that the Standard can do but has a flight time of around 30 minutes, and a 7 km control range.

It also has obstacle avoidance and a superior 20 MP sensor, shooting video in 4K. It can be used for crop monitoring, 3D-mapping +  NDVI (with the help of an app), and photography.

3. The DJI Inspire 1, an amazing tool which can be used for Thermal Imaging if you combine it with a DJI Zenmuse XT thermal imaging camera. Like the Phantoms it can be used for 3D-mapping +  NDVI  (with the help of an app), crop monitoring and photography. It can shoot 4k video in 360⁰.

Also see our complete list of the best drones for sale 2020.