When Yuneec first started making a name for itself it caught many of us who were following the drone industry off-guard.

DJI was already an established name in both consumer and industrial market segments. Their product the result of a long development process. Their technology so clearly ahead of the competition that it didn’t even seem like a fair fight.

Then this little-known company known as Yuneec comes along and provides more affordable alternatives to the consumer-grade camera drones offered by DJI.

Where we all expected that Yuneec was just going to be another fly-by-night company with bad products and even worse service, today they’re not only still around but well respected as a major competitor to the dominance of DJI.

At least, they’re a force to be reckoned with in the consumer space. DJI has still had it almost all their way in the commercial drone segment with heavy hitters like the Matrice 600 Pro.

On the 29th of August 2017 Yuneec announced its first entry in the commercial drone market with the H520.

I’ve always like Yuneec’s sleek futuristic styling over DJI’s more plasticky aesthetics. DJI have some good looking high-end drones such as the Inspire and Matrice, but the classic Phantom design is a bit naff if you ask me.

This H520 looks fantastic in the promo photos. Until you’ve stood next to one it’s hard to predict if that same attractive quality will come across in person, but given that this is Yuneec showing us its best side, there’s definitely no lack of panache.

It really does look like it flew out of a movie set in the “near-future”.

That striking orange fuselage is not just an attempt to make a flying Lamborghini either. If it feels like this is a drone designed to be seen, then you’re exactly right. It’s a special high-visibility paint job which is as much about safety as it is about looking good. Hey, why not both?

The first thing you’ll notice about this drone is its hexacopter configuration. A clear sign that this puppy is designed to lift heavier loads than the typical big quadcopter could hope to handle. The six-rotor configuration is one we’ve seen Yuneec use to great effect before. It’s Typhoon H drone, which competes with the DJI Phantom range, shook things up in that market with a hexacopter configuration. Something generally only seen on bigger commercial drones.

Presumably then, the H520 uses a scaled-up and more powerful version of that existing platform. The Typhoon already punched above its weight class among the more casual camera drones, so we expect some real horsepower from this new bigger machine.

Jack of All Trades

The H520 is built to be an ultimate solution to aerial photography problems. Rather than having one general camera payload, Yuneec have created several specialized camera payloads to do different jobs. 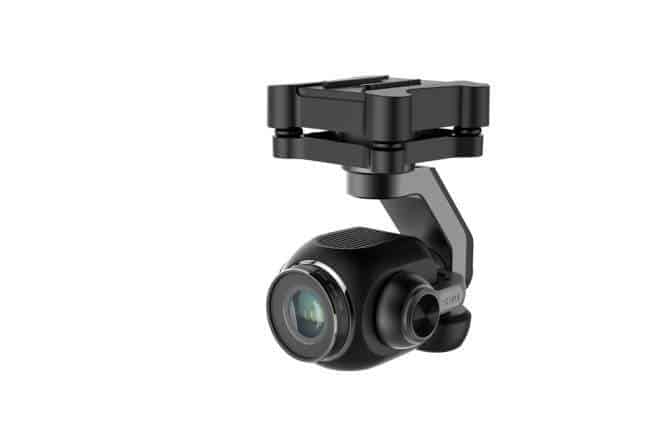 The main star of these camera options is the E90. This is a wide-angle camera system with gimbal stabilization. The camera sensor in the E90 is truly a monster. It’s a 2-inch unit with 20 megapixels of resolution. There’s also a high-performance image processing chip driving the sensor.

Yuneec say they envision the E90 playing a role in law enforcement, SAR operations and 3D mapping of terrain, which works best with extremely high-resolution images. Of course with such high-end optics well-heeled production companies will likely also find a broadcast or entertainment use case for the camera.

Stuck in the Middle with the E50

The E50 is a smaller unit that tops out at 12 megapixels. It’s optics are optimized for a medium focal length and Yuneec say that customers who need to inspect “vertical assets” such as cell towers or wind turbines will want to slot one of these guys in. 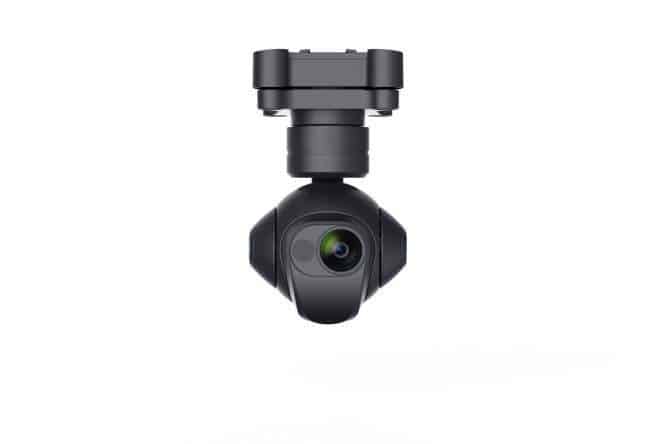 The CGOET camera uses a dual-lens system with each lens capable of recording at the same time to a separate file. This camera payload can see in low-light situations. Yuneec says it performs about twenty times better in low light than the human eye.

Thermal imaging is the other trick this particular payload can pull from its hat, which is obviously useful when looking for rogue heat sources. Be they stray animals, people or fires. 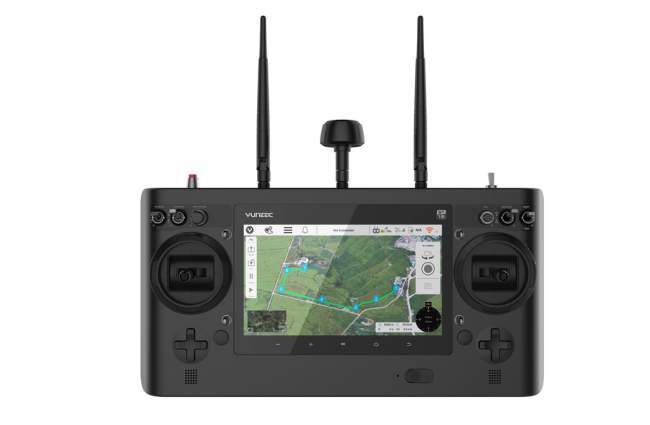 That’s the question I was asking myself when reading the press release, but it turns out it’s Yuneec’s main professional tool for creating 3D maps, transferring aerial imagery and data, creating flight paths and more.

They’ve packed a lot of functionality into this software that would usually represent an additional cost as you look for third-party software to do the same job.

This shows the company is serious about offering a compelling value proposition, but it remains to be seen if Data Pilot is good enough to replace those specialized third-party products.

Of course, the third option is to simply create your own software tools, which is possible since the company is making an SDK available for developers who want to make software for the platform. This is a smart move, since opening up your hardware platform to third-party developers means that it’s more likely the next killer app for commercial drones will roll out for your product.

It’s not all about the drone hardware and software either. Yuneec took the time to announce their solution to the dreaded possibility of totalling your extremely-expensive flying camera as well.

They offer an extended service program that offers four packages ranging from about four hundred bucks to $2500. Details on what exactly are included at these tiers are not quite clear yet, but it’s good to know that the company is thinking about the needs of commercial customers.

Until more people have hands-on time with the H520 there’s no telling whether it’s a fine bird or a dodo, but based on the reputation and history of Yuneec I would not be sleeping easy if I were DJI.

For us as customers that can only be a good thing, as it drives these companies to bring us better products at lower prices. One way or another, Yuneec is doing us all a big favour.