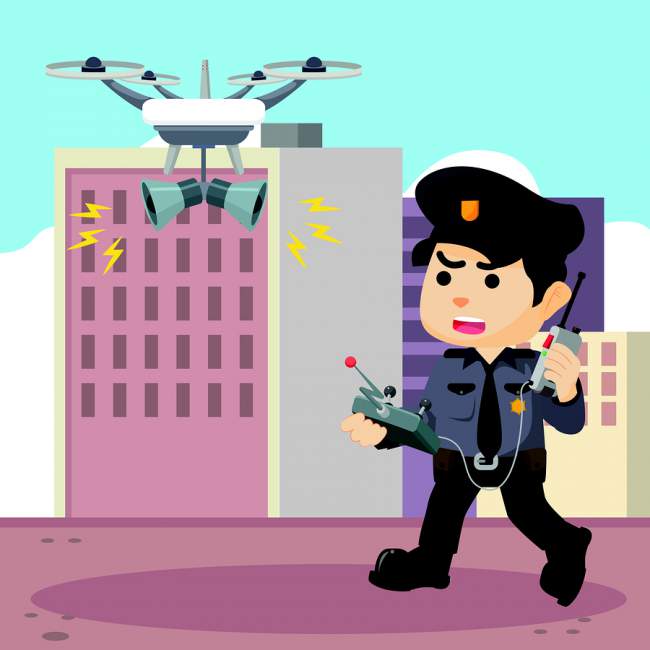 Drones are becoming an ever growing commodity around the world, not just for civilians but for law enforcement as well.

Law enforcement around the world have been using camera drones for some time, but they have recently just gotten extremely popular and now you see more and more fire departments and police headquarters using them for conducting investigations and more.

As a civilian living in a world where drone use is becoming more common, not only by other civilians but law enforcement as well, you’re probably alert and concerned about your privacy– as you should be.

Keep in mind though, that the drones that police use can be used to save lives, and keep officers safe. They can find active shooters from the air, much cheaper and more discreetly than using helicopters. The can use surveillance on a completely different level than before, and it is also extremely useful in Search and Rescue operations where you might be looking for missing people, kids in the woods or wilderness etc.

It is an extremely useful technology for the police, but since the technology is so new, the laws around its use is often unclear.

DO POLICE USE DRONES TO SPY?

Since drone usage has peaked, law enforcement use of it has as well. The most common questions people ask are one of the two “Do police use drones to spy?” and “Can police fly drones at night?”. The first questions answer, according to US News, is yes. The second questions answer isn’t a clear cut yes or no but there are a lot of videos going around the internet implying that police drones at night are becoming more common.

Not all law enforcement agencies have access to camera drones. However, the ones that do have requested permission from the Federal Aviation Administration to use their drones for “surveillance” purposes.

With that being said, only 14 out of the 50 states require law enforcement to get a warrant to use camera drones for surveillance reasons. Members in the House and Senate proposed bills in the previous Congress requiring all 50 states to require a warrant to do any type of surveillance, but the bills died out by the end of the year.

In the remaining states that don’t require a warrant for surveillance drone use, it’s pretty much a free for all and there’s really nothing stopping law enforcement from using drones with cameras except the Constitution.

California is one of the many states that do not require a warrant for surveillance drone use for law enforcement. Because of this, much of what is legal and illegal regarding police drones is still up in the air and can not be determined at this point. However, in 2016 the California legislature purposed the governor with six bills regarding drones and their use, two of which he signed and the other four he vetoed. You can read more at the link. 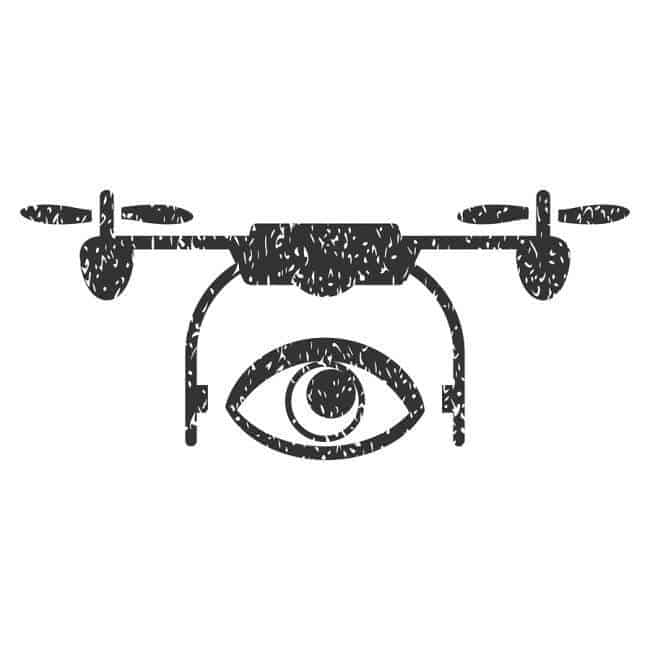 PROS AND CONS OF POLICE DRONES

Although police drone surveillance has become a privacy concern for some of the general public, law enforcement first started using drones for non-surveillance purposes and generally only used the drones in situations to enforce the law and protect lives.

By using camera drones, law enforcement is protecting valuable resources such as tax dollars and police officers time. They have since gained more knowledge on certain issues that otherwise would not have been possible without the use of police drones.

Police drone surveillance has a lot of benefits, but like anything, it also poses some cons.