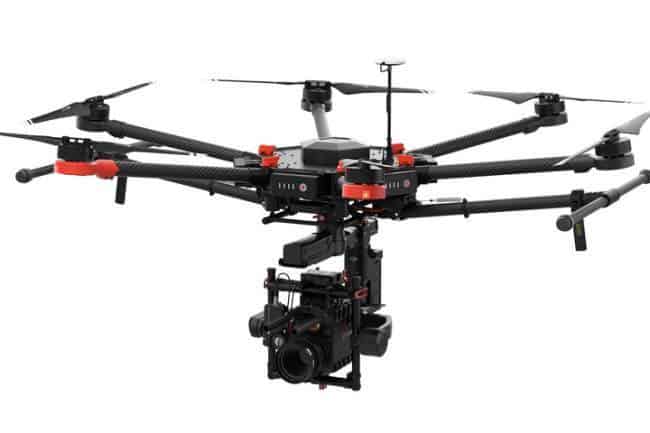 DJI s a company that has taken the drone world by a storm and the DJI engineers constantly works on making bigger, better and more powerful gadgets. The latest project that DJI has unveiled is Matrice 600 – a hexacopter advertised as a product for professional cinematographers. It’s quite big, quite fast and the drone has a few cool features that aren’t available in other drones for professional footage creation sessions.

The new commercial drone was presented for the first time during the National Association of Broadcasters summit in Las Vegas in the beginning of April 2016. Various smart capabilities have been incorporated in the design, making the drone particularly interesting for professional cinematographers.

Matrice 600 weighs 9.6 kilograms (21 pounds) with the batteries and its maximum takeoff weight is 15.1 kilograms (33.3 pounds). The big machine can easily lift a heavier camera to ensure the quality of the visuals being shot.

According to DJI senior product manager Paul Pan, Matrice 600 is one of the easiest to use commercial drones on the market. All of the essential information has been pre-programmed in the A3 controller, reducing the amount of preliminary setup that the user will have to do before embarking on the very first flight.

There are several intelligent flight modes to choose among, which makes the drone suitable for use by individuals that don’t have a lot of experience. These include a follow me, points of interest and a waypoints mode.

Finally, Matrice 600 has already gotten recognition for the compatibility with a wide range of gimbals. This characteristic makes the drone truly versatile. Matrice 600 is fully-compatible with all Zenmuse cameras. The release of the drone also coincides with DJI’s launch of the Ronin-MX universal gimbal. The purchase of both products gives filmmakers even more freedom when it comes to the selection of the video equipment for aerial shoots.

Currently, Matrice 600 is available for purchase through the DJI website. The drone’s price is around 4-5,000 dollars (available with free shipping). Ronin-MX universal gimbal can be bought for around 1,500 dollars.