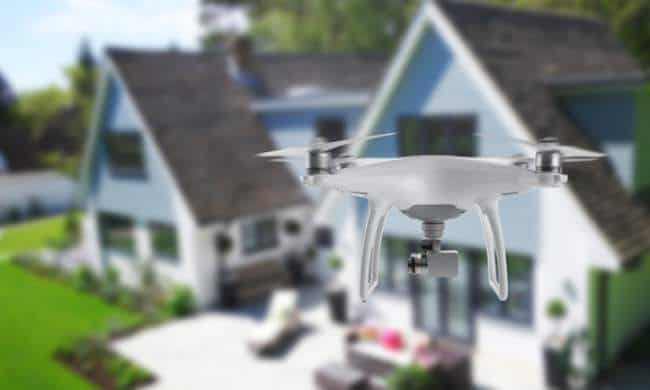 Drone use in the US is increasing, and not everyone is loving it.

Federal Aviation Administration (FAA) expects the sale of UAVs to hit 7 million by the year 2020.

This growing use of drones is drawing attention on the safety and privacy concerns. There is also a question of all the legal issues surrounding this new technology. Exactly where can you fly your drone, and who owns the airspace over your private property.

There has also been a question of who gets to make these decisions on where and when they can be flown.

One party feels that property owners have ownership rights up to 500 feet above the ground. Therefore this gives them the right to deny flying of drones over their property at any level below this altitude.

Having a drone coming into your private property in this way is in their mindset not much different from an intruder coming in and spying on you.
Others harbor the feeling that drone technology is the face of the future of aviation. Therefore, all the decisions on where and when they can be flown should be made collectively.

In order for the important technology of drones to thrive they feel that there needs to be laws that support the possibilities of this new technology, rather than hamper it.

FAA is charged with the responsibility of coming up with laws that govern the use of UAVs. On the 21st of June, 2016, FAA released an Advisory Circular detailing the amendments to its regulations to adopt rules for the use of Small Unmanned Aircraft Systems (sUAS) in the U.S. airspace. The Advisory offers guidelines for conducting sUAS operations in accordance with title 14 of the Code of Federal Regulations.

Where and When to Fly UAVs

The circular stipulates a lot of rules regarding the operation of UAVs. Listed below are the particular limitations touching on where and when one should operate a UAV.

What About Flying Over Private Property?

A close study of the Circular brings forth the fact that there is no mention of limitations of flying over private property. Where does this leave homeowners whose properties do not lie within the restricted airspace? Are they able to claim any property right on the space surrounding their property? These are some of the questions the circular left unanswered.

In a bid to seek clarity, TechCrunch consulted Thomas Gemmell on the matter. Thomas is a former U.S Air Force fighter pilot. He is also a co-leader of Huch Blackwell’s drone team.

Thomas also affirmed that it’s not clear as of the moment whether one is allowed to fly a drone over private property. He, however, emphasized that FAA owns the aerospace individuals cannot claim ownership.

This means that one cannot deny or grant permission over their aerospace. All is not lost, though, he confirmed that one could base their complaints on grounds that;

He further explained that if the plane lands or takes off from the property without operation, the operator can be sued for trespass. He concluded by confirming that there are local laws that prohibit the operation of UAVs over cities. He, therefore, urged drone operators and aggrieved parties to familiarize themselves with the laws governing their area.