I had the chance to try out the W606-5 Flanker by HJ Toys. Seeing the drone before I got the box I was quite exited, the design looked stunning, and it had a nice FPV setup on the controller.

The Flankers design seems to be very inspired by a design called the Apple Drone, which is not an official Apple design, but a fans imagined design.

Add your voice! Keep in mind that you can add your own review in the comments field. When you rate the drone, the main rating of the drone changes as well.

This made me a little worried about the performance of the 606-5.

At first look the drone looks promising, it is sleek, looks like a quality build, and has large propellers. The design is very nice and the FPV screen fits nicely on top of the controller. 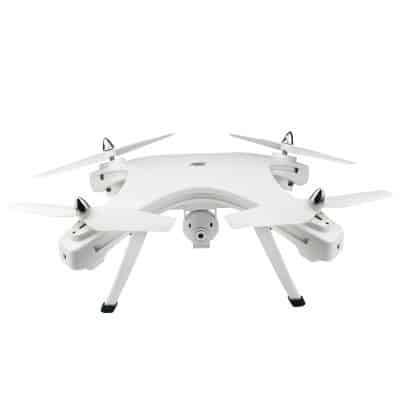 Assembly is pretty straight forward, and you charge the battery in the wall socket.

You need 6 AA batteries for the controller.

My first flight consisted of calibrating the drone, as it needed serious calibration. Second time I flew with it, it flew fine.

Lift-off was easy. The camera worked well, and I controlled the camera with the remote.

It was relatively stable to fly. I could not properly test the range, it says 300-500 meters, but I have seen reports that say less. 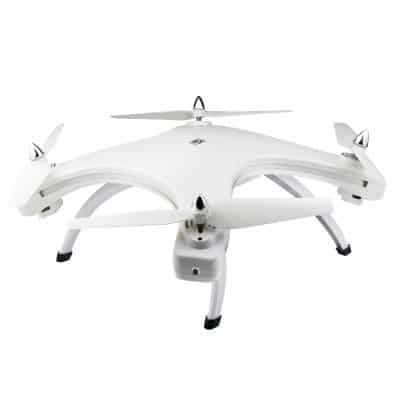 The return to base button did not seem to work very well for me, it flew sideways in the wrong direction.

In some instances I could not use the command to shutdown all the propellers.

The altitude mode seems to work well, and keeps you at a stable altitude, which is good when you want to focus on shooting video, or taking pictures.

It was fun to fly, but seemed to have some issues with its functions. I will have to try it again at a later point.

There is no gimbal, so your video will be a bit shaky, but the drone is OK for beginners who want to play around with a camera and shoot some video.

The controller looks quite nice. Some of the buttons are marked, some unmarked. The FPV screen fits on top of the controller, and the image it produces is good and clear.

For some reason the FPV screen turns off regularly after about 3 minutes, but that might be some setting I can change.

You get a micro SD for the camera recording. The HD camera can rotate 45 degrees up and 45 degrees down. 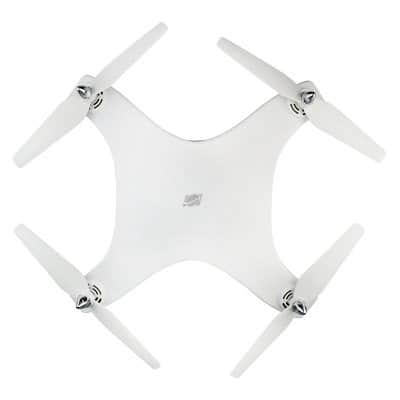 Can do flips and rolls

Needs a lot of calibration. In my first flight the drone first moved to the left, after I calibrated that, the drone moved forward, and lastly I noticed that the drone automatically rotated.

Some functions did not work.

This is just a short video clip. I tried the altitude mode to keep the drone at the same altitude (when you hear the beep!). A pretty handy function that allows you to focus on other things like shooting video etc.

I could not properly test the range, as the area I flew in was not large enough.

The Flanker W606-5 looks amazing, and is pretty well built. I had some issues with a couple of the functions, but it flew well, and the FPV system was cool too. All in all, this is a pretty interesting camera drone for beginners. Have you tried it? Would love to hear from you in the comments.

Add your voice! Keep in mind that you can add your own review in the comments field. When you rate the drone, the main rating of the drone changes as well.