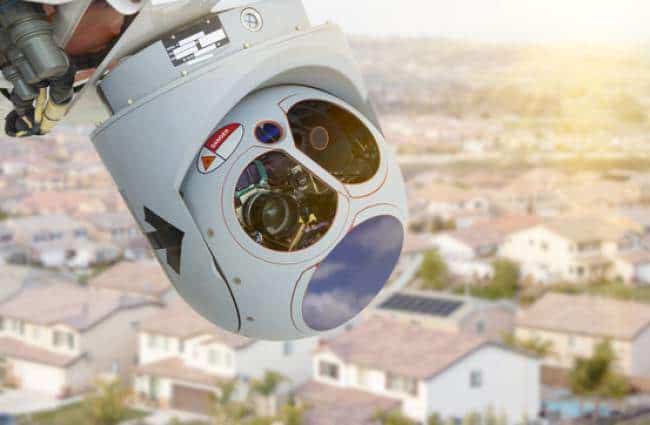 Drone use in the United States is a wildly controversial topic. Many people conjure up a 1984-esque image of government planes hovering high in the sky, recording every word and movement made by the more than 300 million people living within America’s borders. Due to privacy concerns, some activists have called on the government to make civilian drone photography illegal except in very limited circumstances. Drone supporters, however, argue that there are numerous legitimate uses for unmanned civilian drones.

According to the Consumer Electronics Association, over 700,000 drones will be sold in the United States this year alone. What are the arguments for and against civilian drone use, and what does the government have to say about the topic?

What do privacy advocates have to say about drone use in the United States?

It’s normal for American citizens to expect a reasonable amount of privacy on their own property, and privacy advocates believe that civilian drones grow the risk of privacy invasion exponentially. Drones are both affordable and easy to purchase, and it doesn’t take much practice to learn how to fly a drone with a camera attached.

In recent years, there have been multiple incidents of citizens complaining that they were being “watched” by someone operating a drone above their property. Sometimes, the “peeping tom” has turned out to be nothing more than a land survey company. In at least one instance, however, a man shot a drone from the sky after it was observed to be hovering above his sunbathing daughter for an extended period of time.

Some individuals may be worried about getting caught for crimes committed on their property, while others believe based solely on principal that their right to privacy on their own property should not be violated. Regardless of the reasons each individual has for wanting privacy, the lack of clear and standardized drone privacy laws is glaring.

What are the reasons for civilian drones to be legal in the United States?

No reasonable drone owner believes that the government has no right or reason to regulate civilian drone use to some degree. However, the pro-drone party believes that overregulation could infringe on individuals’ right to “the pursuit of happiness”. Additionally, limiting drone use could have a negative effect on the economy, both in terms of companies that manufacture, sell and repair drones, and companies that use drones to conduct business.

How could new laws affect things like survey companies, movie producers, and companies that want to make drone package delivery a reality? According to many people, there are simply too many questions that need to be studied and answered before laws limiting drone use should be passed.

“I understand that people have a right to privacy in their own homes, and voyeurism is a concern for all of us,” said drone enthusiast Mark Schroeder. “But if you look at the big picture, drones can be used in all sorts of businesses to make our lives easier, and they could even be used to help people during national disasters and for things like Amber Alerts. Are we going to throw all that away? It would be like outlawing all cars because of drunk drivers, so the powers-that-be need to think carefully before they pass more laws just to appease a few folks.”

What does the U.S. federal government, as well as state and local governments, have to say about drones and privacy?

Drone privacy policy in the United States has often been compared to the Wild West. Laws vary from place to place, and they can be extremely hard to enforce. The first law regarding personal airspace above one’s property was passed in 1946, when the Supreme Court ruled that a person’s property extended to 83 feet in the air. The federal government prohibits the unauthorized use of unmanned aerial vehicles (UAVs) above airports, national parks, military bases, and federal buildings. As of December 21, 2015 all drones weighing between 0.55 pounds and 55 pounds must be registered with the Federal Aviation Administration (FAA). Additionally, civilian drones are required to fly at or below 500 feet and reach speeds of no more than 100 miles per hour. From there, things begin to get a bit cloudy.

The majority of drone privacy laws are managed at the state level. As of May 2016, 29 states have enacted laws regarding civilian UAV use. At least six more states are currently considering new drone laws. Many of the laws relate to interfering with first responders, filming someone without their permission, weaponizing a drone, or filming things like car accident sites or active crime scenes. Penalties range from fines to jail time, but again, it can be extremely difficult to enforce such laws.

Even seasoned drone operators like Aerial Imaging Systems owner Scott Dunn believe that current laws are lacking. “I don’t want this thing flying over my house, taking pictures of me in my back yard. That’s a legitimate concern…that should be addressed,” Dunn said.

Many lawmakers agree that drones and privacy laws related to UAVs are issues to be decided by each individual state. State legislators seem to be divided over exactly how to enact and enforce drone privacy laws, so if you plan to fly a drone it’s highly advisable to do your due diligence when preparing a flight plan in order to protect yourself.

Clearly, the debate about drones and privacy is just beginning. Each new drone owner means another vote for legislation protecting citizens’ right to fly these machines, and every incident involving a drone will be met with calls for strict regulations. The laws surrounding drones and privacy are sure to change drastically over the next few years as lawmakers become forced to confer about the topic. Where do you stand on this issue, and why?