Drones are a lot more than a nice little gadget with cool features. In fact, a drone can be used to make money or even launch a business.

The possibilities are numerous, especially if you’re creative enough. Keep in mind that it may be a good idea to explore local regulations before you start, as there could be some limitations.

If you want to try to turn your passion into a business, here are 7 of the Best Ways to Make Money with a Drone.

Don´t miss our Free E-book at the end of the article. It has great tips on the best Drone Business Opportunities today.

Amazon, AliExpress and even Australian Post are some of the companies that already use drones for trials or plan to incorporate drone deliveries in their services. In addition, charity organizations, national institutions and medical facilities use drones to deliver supplies to out-of-reach locations.

If a ground vehicle trip is difficult due to logistics or it happens to be too expensive, drone deliveries are the innovative and working solution.

A person that owns a drone can easily begin offering delivery services. Offer drone deliveries to small businesses or donate your drone time for a good cause, turning this pro-bono into the beginning of a new business.

Use drone footage to launch your own YouTube channel and enter the partnership program of the portal to begin earning revenue. The video clips that have the biggest number of views earn a lucrative portion of the advertising income that YouTube generates. To make it work, you have to be consistent and you’ll also need to improve your drone control skills.

The wage for a surveillance operator in the US reaches up to 50,000 dollars per year. These professionals rely on cameras to monitor a region but the use of drones is going to make their job even easier.

Many large companies already employ individuals that own a drone to do surveillance over larger areas. Thermal imaging cameras can be used to make this kind of surveillance even more effective. Companies find it a lot more cost-efficient to hire one person owning a drone than to do constant camera surveillance that comes with limitations.

During an accident in Virginia, the rescue team found that drones were very useful for search and rescue. In this specific case, policemen and volunteers were searching for the missing Guillermo DeVenecia, aged 82. DeVenecia suffered from dementia and had gone missing some hours prior to the search squad’s appearance. Using traditional search methods (including dogs and a helicopter), rescuers failed finding the missing man. A drone operator came to the rescue with his machine and a camera. He found DeVenecia within 20 minutes.

Drones are the perfect equipment for effective advertising. While we are still quite far from using holograms on a daily basis, advertisement banners are almost everywhere. Companies would pay thousands to have their own logo or brand name flying over the horizon.

A drone can be used to put together eye-catching campaigns. You don’t even need a drone with a camera to begin earning through advertising. If you do have a good camera, however, you can offer complementary services like shooting footage during the execution of the campaign.

Aerial photography and footage creation are becoming more and more popular. Artistic clips and even short movies shot from the air can bring you real income, if you have the photography and the editing skills. There are lots of great drones with crystal clear high resolution capabilities, such as the Phantom 3 Professional with 4K video at up to 30 frames per second, and you can also mount your GoPro-camera on a drone. GoPro Hero 4 has 4K Ultra HD video.

Freelance websites show that many clients are looking for skilled cameramen that can operate a drone. Footage of less than a minute could bring you more income than working a whole day on a full-time position, depending on the client’s preferences and budget.

To get started, seek through sites like freelancer.com, mindbites.com and various other platforms connecting professionals and potential customers. 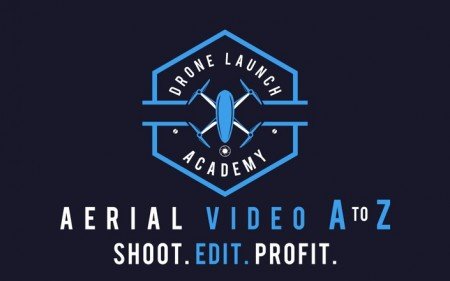 Some structures need specialized inspection. Buildings that are about to be demolished, the ones that have lost their structural integrity or those that have suffered because of a floor or fire require examination.

Firefighters and construction workers will be a lot safer when a structure is examined for structural integrity beforehand. A drone can be used to make the inspection both thorough and safe.

If you have a drone, you can offer professional inspection services to private organizations and insurance agencies.

How To Get Started

Getting started doesn’t require a serious investment, which is one of its greatest aspects. There are drones for sale in many different prize ranges. Choose the one that fits the type of activity you want to get involved in.

If you’re looking for professional film creation equipment, you should of course be prepared to spend a bit. You might be interested in the DJI Inspire 1 with 4k video and 360⁰ range.

You can check out this list of the best drones of 2019 and let your passion be your guide!