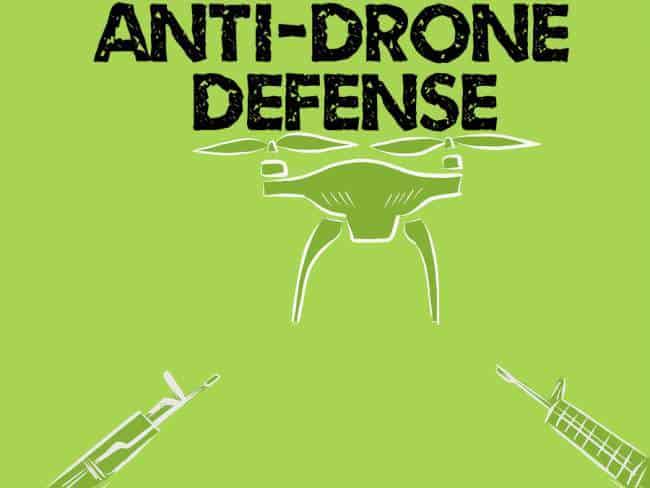 Is there any technology that can’t be subverted for nefarious ends?

It seems that whatever technology we come up with, someone out there will find a way to use it for criminal purposes.

Drones have been no different and the problem is perhaps even worse when it comes to our wonderful flying friends. Criminals have been finding impressive and creative ways of using these machines to enrich themselves.

The Hall of Shame

While there’s no way we can cover every way drones have been used to break the law, these are some of the most interesting cases and just go to show what’s possible when you give a twisted mind new toys to play with.

Drug Smuggling over the US-Mexico Border

Americans sure do love their drugs, but unfortunately the American government doesn’t want them to have any. Luckily some friendly Mexican drug cartels have been trying to fill this gap in the market for decades.

It’s been a constant arms race between border police and smugglers finding new ways to get around one another. It can get pretty ridiculous too. I can never get over the idea that Mexicans are building catapults to throw drug packages onto the other side of the fence.

Luckily, with drones they can now jump straight from the Middle Ages to the 21st century.

Heavy lift drones in particular have made it worth the effort to strap packages of drugs and fly them over the fence. Unlike small planes or bulky catapults criminals can drive up to the border, fly the stuff over and be gone in no time. Modern drones can also be controlled from very far away, which means the bad guys may be well out of sight.

Police have taken to drones with great enthusiasm. They get used in search and rescue work, but also provide a new way to keep an eye on things. They can also be used to safely track criminals on the run without putting the public in danger.

Criminals themselves have caught on to the potential of drones as a surveillance against the police. In Australia those enterprising drug cartel guys are using drones to keep an eye out for the fuzz, giving them plenty of time to get out of dodge.

Have you ever seen those old movies where a guy in prison gets a cake from his girlfriend with a file or a knife inside? Well, prisons have been fighting the smuggling of contraband since there were prisons. From drugs to handguns and mobile phones, there are small objects that can cause big disruptions in the prison ecosystem.

One thing prisons definitely are not good at defending against are aerial incursions. They can’t even seem to prevent escapes that involve an entire freaking helicopter landing in the prison yard. So you can imagine that small, quiet electric drones are almost impossible to police.

Anti Drone Defense – Taking Them Down 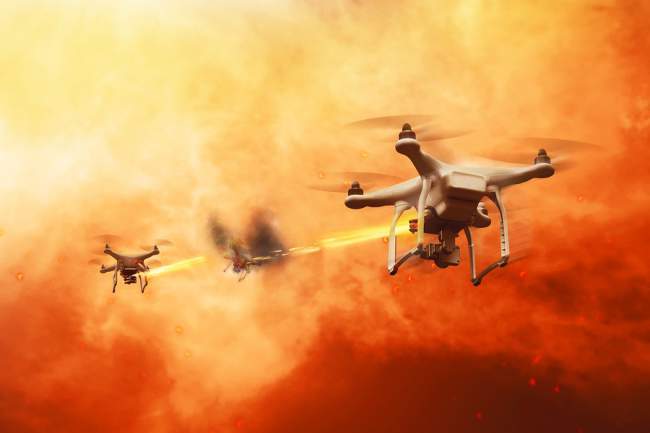 The looming drone wars are not one-sided however. Now that drones are a fact of life many people have been working on ways to take them down safely and efficiently.  If you fly your drone where you aren’t meant to, don’t be surprised if your toy is taken away  wit prejudice.

Here are some of the clever (and crazy) anti drone defense technologies in use today.

How can you make sure drones don’t enter your no-fly zone? Droneshield say they have the answer. Their Droneshield technology uses sophisticated acoustic algorithms to hear drones coming and then send a warning message to whoever wants to know. The Droneshield owner can then deal with said drone however they see fit.

This is more like it. Coming straight out of a Cyberpunk novel drone malware forcibly take over the software brains of a drone and hand control over to the hacker. This isn’t a mainstream anti-drone technology yet and is specific to particular models that have vulnerabilities, but it’s still pretty cool.

Net guns are some of my favourite non-lethal weapons from movies. It’s often a way to capture the heroes without hurting them. When it comes to drones, a net might as well be a bazooka in terms of lethality. It will tangle and arrest the rotors instantly and from there it’s a long way down people.

There have been plenty of DIY net gun projects, but law enforcement have a commercial option in the form of the Skywall. This sucker will take down a drone in spectacular fashion and I really hope I get the chance to shoot it at something one day.

If you want to use a less crude weapon, there are various “drone death rays” that use directed energy to disable a drone. These range from gentle denial systems to beams that will disintegrate a drone in flight.

Drone jamming guns are a peaceful solution to unwanted drones. For example, the DroneDefender will jam signals around a target drone making it go into its recovery mode. It will hover, fly home or land.

If that’s too peaceful, well why not just use a giant laser beam? Boeing have done just that and will toast a drone without it ever seeing the end coming.

Neither of these anti-drone defense systems are available to the public.  Jamming is illegal for us plebs and powerful laser weapons are unlikely to show up at the local radio shack . Still, they might be keeping the skies clear in a town near you soon.

What you could do is train up an eagle to take out drones for you. Think I’m joking? That’s exactly what the Dutch police did and it seems to work pretty well. I get nervous for the bird and those rotors, but they seem to be just fine. Honestly, of all the anti drone defense techniques, this one is possible the coolest.