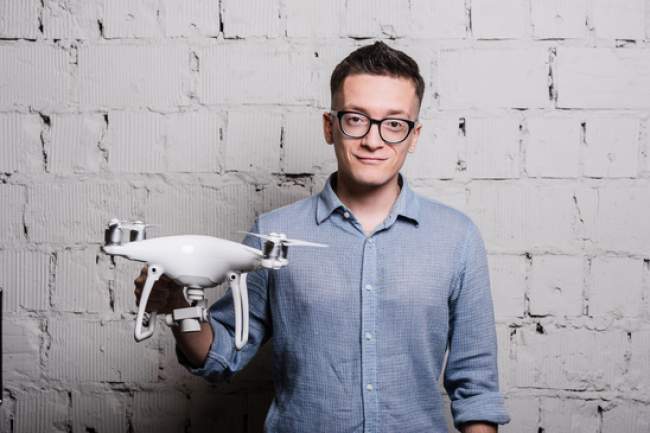 Flying drones is always a great way to pass the time. On occasion, flying drones outdoors might not be the best option. Maybe it’s too hot or too cold; it could be extremely windy or rainy. Sometimes you just don’t have a good outdoor location to fly your drone.

Flying your drone indoors is a viable option but certain precautions need to be taken to ensure that it’s a safe and fun time for everyone involved.

The following 12 tips for safely and successfully flying drones indoors will help you to avoid accidents and get the most out of the experience.

Phantom and FPV drones are too large to be flown indoors unless you’re in a warehouse or other large area. For drone flight in most houses and apartments you’ll be better off using nano, micro or mini drones. Get more tips here on beginner drones.

Some drones have the capability to remember previous flight conditions and settings. If you last used the device outside on a windy day, the drone could act erratically during indoor flights. Use the reset button or refer to the drone’s manual for proper reset procedures.

Some drones have a pre-set configuration for indoor flying. If your drone doesn’t have such a feature, manually reduce the drone’s control sensitivity. This will allow you to better maneuver around objects and corners while indoors.

Familiarize yourself with the “whys” and “hows” of your drone. Does it calculate altitude using pressure gauges or by sonar? Does it have a tendency to move in a specific direction more quickly than in other directions? Are you comfortable with the remote and use of all the controls? Confidence in your ability to handle a specific drone is vital when flying drones indoors.

It’s fairly easy to damage a part of your drone when flying it indoors. Even the smallest of dents, cuts or breaks can cause your drone to function differently, so it’s always a good idea to keep a few spare parts (especially propellers) on hand.

If possible, surround your drone’s propellers with hulls. These guards serve a twofold purpose: they prevent accidental injuries and they protect the propellers from breaking off, should they strike something.

Your furniture may not get damaged by an errant drone, but it eliminates your potential flying space. Additionally, should something like a drink or a vase get knocked over it could damage your furniture, leave broken glass on the floor, or simply cause an annoying spill that you’ll be forced to clean.

Many household pets are naturally curious, but avoid the urge to tease your cat by doing flyovers with a nano drone to activate its instincts. It’s better to stick with a laser pointer because the drone could hurt your animal, or the animal could hurt your drone. Either way, it’s not a happy ending.

This might seem like overkill, but sadly many accidents involving drones and eye injuries have occurred. Last year, for example, a child in Worcestershire, UK was left partially blind after a drone’s propeller sliced his eye due to a loss of control incident. Don’t take unnecessary risks, especially when small children are involved, because accidents do happen.

Believe it or not, this tip doesn’t only have to do with protecting the paint on the wall or preventing damage to your drone. The physics behind drone flight have everything to do with the movement of air. If your drone doesn’t have enough air to displace above, below and to each side, it will become unstable.

If you aren’t the homeowner (and especially if you’re a minor) always ask permission before take-off. The old adage of “it’s better to ask for forgiveness rather than permission” doesn’t apply when flying drones indoors.

This is just a common-sense tip for drone pilots of all ages and experience levels. When you combine an enclosed space with a flying object that has propellers, take a few minutes to make sure you know where your emergency medical supplies and cell phone are. It’s always better to be safe than sorry.

If you follow these 12 tips, you’ll not only protect yourself and others but you’ll also protect the area itself. Additionally, you’ll have better results as a pilot if you prepare the drone and the area sufficiently.