Listen, what’s that noise? Is it the sound of a thousands angry hornets? Is it perhaps the distant drone of ominous horns, signalling the coming apocalypse? No, it’s just the colossal DJI Matrice Pro 600 patiently hovering overhead, watching and waiting.

Six rotors of fury, relentlessly beating the air into submission in that great helicopter tradition. This is a drone competing to be king of the skies and if you’re in the market for one of the few truly professional drones today you can’t afford not to give it a look. 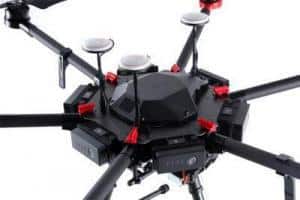 Reading over the specification sheet for the Matrice 600 is an overwhelming experience, but a few of the number really do stand out.

The total takeoff weight is a maximum of 15.5kg. Since the naked drone weights 6kg less than that, you have a wide scope for payload options. This is a  great choice if you are looking for a commercial drone that can do some heavy lifting.

She’ll do 65 kph in calm condition and stand up to winds as fast as 8m/s. This is a high altitude drone, with the standard propellers the service ceiling is 2500m above sea level. Use the model 2195 props and that climbs to a nosebleed-worthy 4500m.

Retractable gear is standard, which is good because at the pro level it absolutely must be. There’s no chance that landing gear will spoil your perfect shot. The maximum transmission range is 3.5km, given that you have line of sight.

The six rotors have motors that are actively cooled, which means less downtime between flights.

The real star of the show is however the A3 Pro flight controller. This is a triple-redundant (effectively sextuple redundant with analytical technology) self-monitoring flight system. It’s a smart adaptive brain that can even safely land a drone when you have propulsion failure on some rotors. 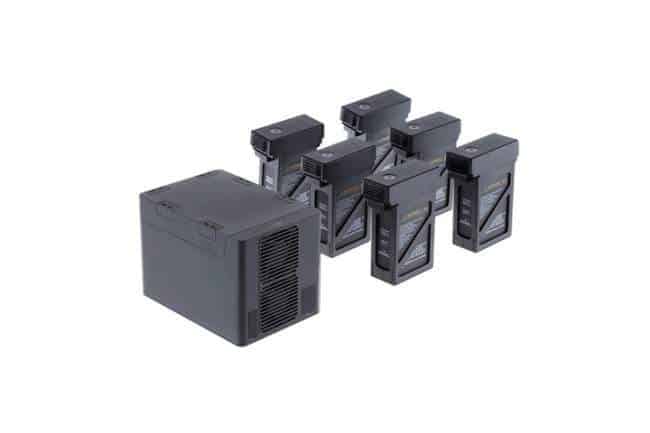 Battery technology remains the Achilles’ heel of electric UAVs and unless they invent battery technology with significantly higher energy densities, that’s not going to change drastically in the near future. So we can’t expect the Matrice 600 to work miracles with the laws of physics.

Despite this, the Matrice has impressive stamina. The TB47S battery packs a healthy 4500 mAh. You can also get the uprated TB48S to squeeze more flight time, but at a slight weight penalty.

According to DJI’s official figures the stock battery will get you just over 30 minutes of flight time with the lightest payload, but hook up the high-end RED camera setup and you’ll be looking to land in about 15 minutes.

This is a long flight time given how much weight the 600 can carry and the packs are quick to swap out. You get size TB47S units in the box and a charger capable of juicing them all at the same time. It takes about 90 minutes to fully charge the a battery, which means you get between 90 minutes and 3 hours of flight time for every full six-battery charge. 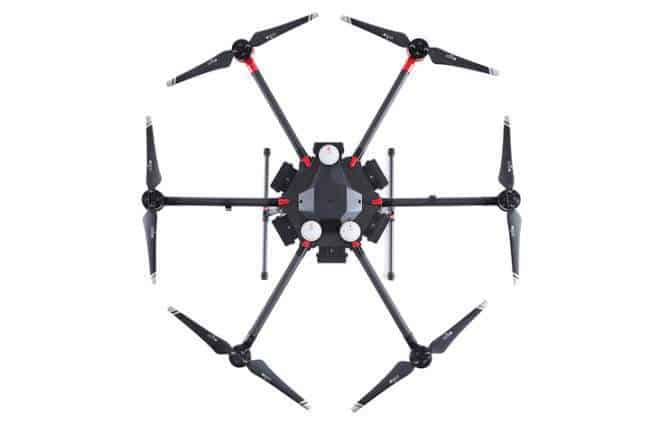 There are two propeller options included with the Matrice Pro. The standard foldable 2170R propellers that can operate up to 2500m ASL are 21-inch carbon composite units. They cost $39 per pair to replace and of course you need three pairs for a complete refit.

There’s also the 21-inch 2195 propellers which should only be used above 2500m ASL if you don’t want to risk motor damage. These are a heft $59 per pair, although most people will never use them. 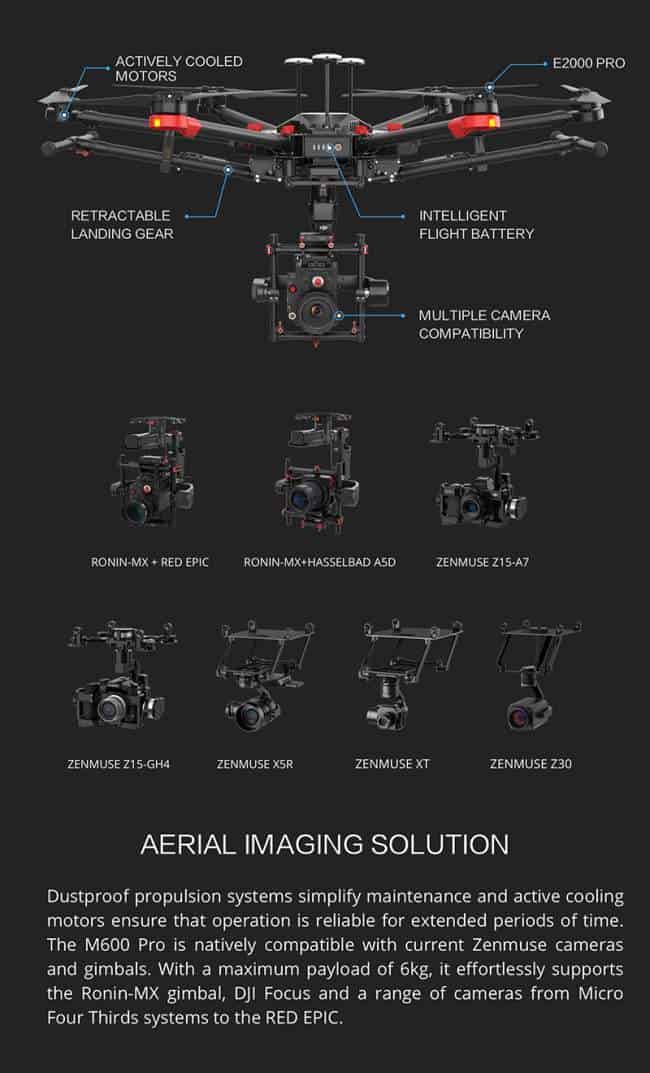 The number of gimbal and camera options on the Matrice Pro 600 is one of the most impressive things about this machine. The Matrice officially supports six different Zenmuse gimbal setups and two Ronin-MX setups to you can attach something like the RED EPIC or Hasselbad A5D.

It’s hard to think of a supported setup that doesn’t cover any given project need, so kudos to DJI on that front.

There’s no way to sugar-coat it. The Matrice 600 Pro costs around $4999. That a huge lump of change and you haven’t even bought a gimbal or camera yet. Of course, you can get it on “easy” terms at $440 a month, but this is clearly a UAV meant for projects with big budgets in Hollywood and industrial contexts.

Is it a fair price? Given that there are very few drones that will haul a RED camera into the sky for you, it’s hard to be too harsh on the cost.

Unboxing of the Matrice 600

It’s almost inevitable that anyone looking at the Matrice Pro 600 will also cast their eyes further down the range at the highly-popular DJI Inspire 2. The Inspire 2 rightly deserves its popularity and for most professional drone photography and video applications it’s going to provide a better value proposition in pure dollar terms.

That’s where the comparisons have to end however, because these two drones might as well exist in different universes when you put their specification sheets next to each other.

Because the Inspire two has a much more limited 4kg payload, you’re severely limited when it comes to camera choice. Crucially, it means you can’t use the Ronin-MX gimbal, which opens the door to some of the best cameras on the market.

Although there are differences in flight time and flight performance, what the choice really comes down to is whether the Inspire 2 supports a camera that can produce the footage your project needs. If you need the power of a 4K RED EPIC there is no debate, the Matrice 600 Pro is virtually the only game in town.

If you have $5000 to spend on a drone, is this the one for you? If you need shots taken higher than everyone else, with no compromise in image quality, then yes. Are you making the latest action blockbuster with a multi-million dollar budget? You’re looking in the right place! AAA nature documentaries? Sign on the dotted line!

If that price is a bone of contention however, there are drones on the market at half the price that can give you 75% or more of what the Matrice Pro 600 provides. So careful thought has to be given about that final 25% of capability. After all, there’s no sense in paying for something you’ll never truly use to its full potential.

Shooting an action movie with the Matrice 600: