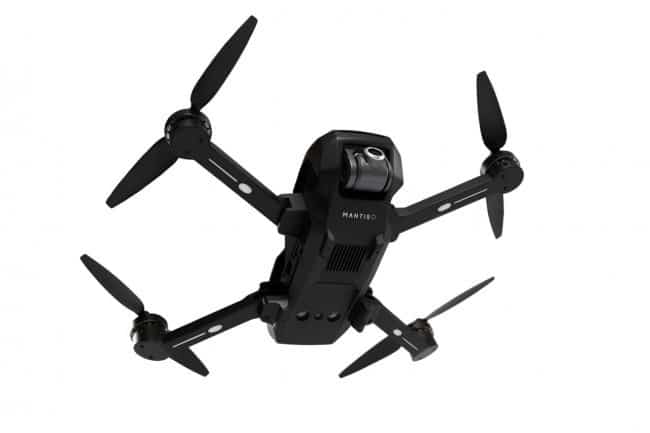 I know that holiday season celebrations seem to start earlier and earlier every year, but late it feels like the drone industry doesn’t ever stop. At least not if you judge by recent history. We’ve seen some great new drones come to market this year and just recently the Mavic 2 Pro was confirmed.

It’s a bit of drone overload to be honest, but Yuneec have no sympathy at all. The ink on the Mavic 2 announcement hadn’t even dried yet and they dropped this latest contraption on us: the Mantis Q. 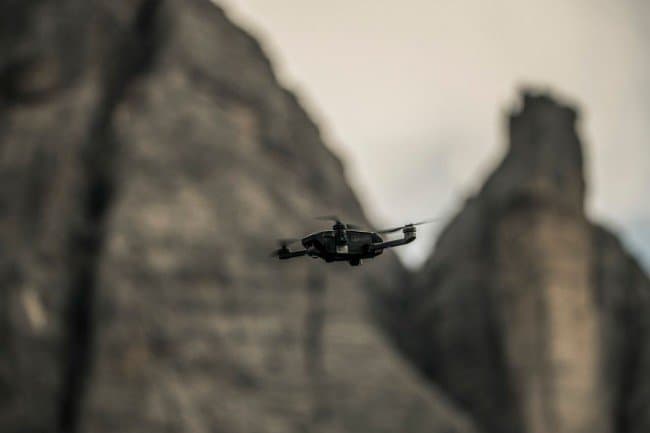 In a completely un-shocking move the company’s new drone is aimed squarely at the foldable Mavic line from DJI. Joining other new drones in this category such as the Parrot Anafi. Clearly for everyone but the most serious of professionals, these pro-sumer folding drones are where the action is at. Which means that every drone maker worth their salt probably has some sort of competitor in the works.

Yuneec is one of the top companies in the world when it comes to commercial drones, so in a way the Mantis Q is certainly expected. This isn’t just a Johnny-come-lately entry either. Just like the Anafi, the Mantis Q is a serious attempt to divert dollars from the Mavics.

The Mavic Pro and Mavic Air are the gold standard in this drone category, which makes sense since DJI basically created this particular market when it launched them. That’s great for DJI, but even better for the competition in some ways. Since it’s easier to aim for the number one spot than stay there. Since everyone knows what the performance specs are for the Mavic drones, a product like the Mantis Q has some well-defined targets to aim for.

The first and most obvious one is flight time. The Mavic Air claims 21 minutes, with the Pro claiming 27 minutes. The Mantis Q categorically outclasses both on paper, with a claimed 33 minute endurance. That’s not a small difference, but we’ll have to wait for field tests before we know how much liberty the company is taking with that claim.

One of the headline features of the Mantis Q is its voice recognition abilities and face detection. This is just another step on the road to doing away with traditional drone controls for the average consumer. DJI have been doing this with gestures for some time now, but going for voice control is quite a bold move. One wonders how Yuneec has solved the problem of ambient noise from the rotors and motors. It’s quite a feat, given that it works well enough in practice. I’m not sure how many people would feel comfortable shouting at their drone in public however. There’s a good chance that this control method might be something most people won’t use, opting for the less embarrassing smartphone app control option.

4K Is Here to Stay

While the voice controls are a little left of field, there’s no surprise at the inclusion of a 4K camera. Thanks to serious drops in cost, 4K TVs and computer screens are now solidly in the mid-range. Well within the budget of the type of consumer who’d buy a drone like the Mantis Q. So it would make sense to sell a drone that makes content native to a display category rapidly rising in popularity.

The on board gimbal shows another effect of competition. It has significant amounts of vertical tilt, no doubt spurred on by the amazing 180-degree vertical gimbal of the Parrot Anafi. The Mantis has nowhere near that range however. You get 20 degrees of upward tilt, but the full 90 degrees of downward tilt. If you want to do low shots or film from directly beneath something, the Anafi is still the only game in town in this category.

Despite having the voice control feature, Yuneec have still included plenty of gesture-based controls. Facial recognition plays some role here, with photos automatically triggered if the drone detects a smile from you. Prepare for endless photos featuring goofily smiling people. 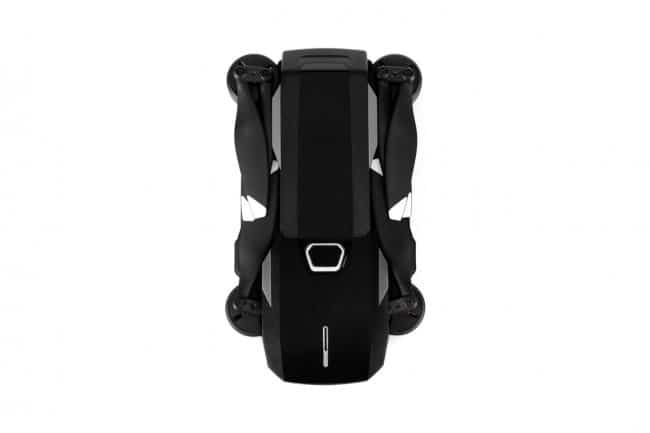 Other drones in this category have focused quite a lot on machine intelligence and autonomy. The Mantis Q is no different and includes plenty of autonomous flight options. This makes it easy to get professional looking shots without a second operator, as is common with big pro camera drones.

Two flight modes worth mentioning are Journey Mode and Point of Interest. The former lets the Mantis fly up in a straight line and then film as it returns, which is such a common drone shot type, it might as well be automated. The latter mode let’s you pick an object and the drone will circle it for you. I’m sure both of these modes will get plenty of use.

Staying Out of Trouble

The last thing anyone wants is to crash their expensive toy, so modern drones usually include some form of object avoidance. First generation machines tend to only have eyes in front. Which means they can strafe or back up into something like a tree branch and end the party prematurely. Flying indoors is also a no-no with drones that can’t keep an eye out for close-quarters obstacles.

Yuneec have given the Mantis sonar and infrared sensors that make it savvy enough to be used indoors. Great for things like basketball, for example.

For Those Who Drive Stick

The traditional controller isn’t quite dead yet, You can get a physical controller a an optional extra, in case you want to do some manual filming or FPV flying. Yuneec have also added a Sport Mode, which presumably kills the battery life, but lets you whiz around at inadvisable speed. Yuneec promise less than 200ms of latency, which is pretty good for something that’s not a dedicated racer.

Yuneec has nothing to prove when it comes to quality and performance. We have always been impressed by drones like the Typhoon, which stand toe-to-toe with what DJI can make. Which means the Mantis Q is likely to be a good drone regardless of any comparisons. However, where Yuneec really has the edge here is when it comes to price. They’re selling the base package for $499.99. Which means you can buy two Mantis drones for the price of one Air. Given the on-paper specs, that should be very worrying to DJI. Hands-on testing will show up any deal-breaking flaws, but for now I’d hold on to my money and wait on that Mavic, at least until more hands-on reviews are out.

Between the Anafi, the Mantis and the Mavic Air, things have become very interesting.