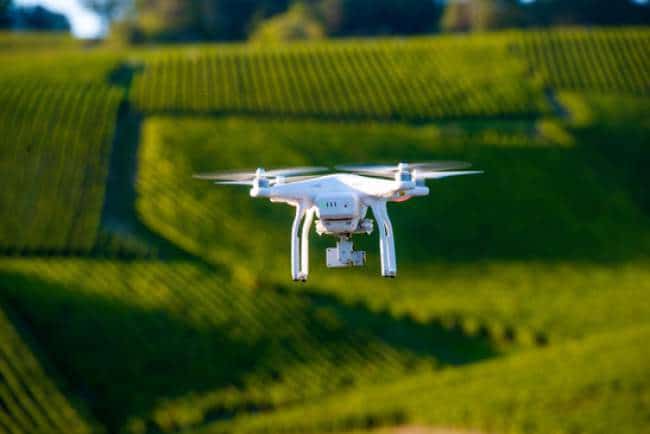 High-tech tools are becoming more accessible, giving American farmers an opportunity to modernize the process in a cost-efficient way. Drones provide some of the most lucrative possibilities for modern farming.

Drones are being utilized in several ways that are making the jobs of farmers easier and boosting the effectiveness of pest control.

Pictures of the crops and thermal imaging from the air are both used to assess the health of crops and figure out whether they’ve been affected by pests, fungi or diseases. The ability to effortlessly point the camera to a specific area and identify an affected spot makes it easier to limit infestations right from the start.

Innovations in the world of drone imaging technology are enhancing the efforts to maintain the health of crops even further. High resolution cameras and 3D imaging provide visuals that were impossible until now.

Affordable Technology and a High ROI

While a few years ago drones for agricultural purposes used to be quite expensive, farmers in the US can afford the technology today. It delivers a high return on investment, as well, which justifies the expenditure in the long run.

According to predictions by the Association for Unmanned Vehicle Systems International, agricultural drone use is expected to account for approximately 80 percent of the commercial use of the unmanned aerial vehicles in the years to come.

Farmers are also starting to understand the added benefits of relying on such technology.

Crop inspection on foot requires a lot of effort, additional equipment and human resources. It’s also possible to miss important information in the vastness of the field because the look from below doesn’t provide the same perspective as the look from above.

For a start, there are aerial images that identify pests, irrigation problems, fungal infestations and a host of other problems.

Multispectral images are also an option right now. They take visual spectrum and infrared images, giving information that isn’t perceivable by the naked eye. The final option involves imaging on an hourly or daily basis. This way, time-lapse visuals can be created to reveal patterns and the ways in which crops change with the passage of time.

This is just the beginning when it comes to the applications of drone use in agriculture. Drones are expected to change the future of farming even further. Assessment of soil fertility through sample collection, automatically-adjustable fertilization and the use of autonomous machines are also perceived as possible in the very near future.