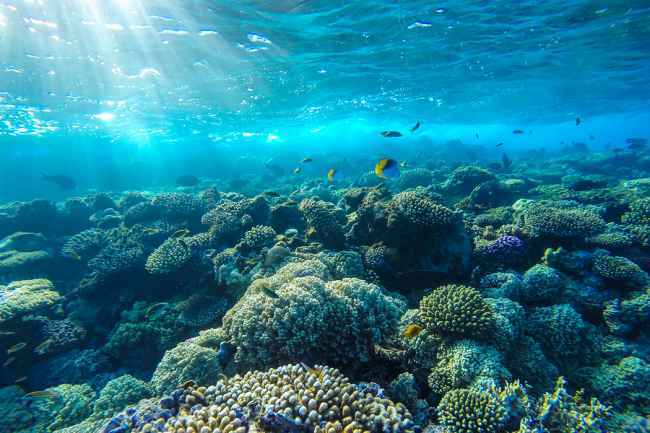 The same company that brought us the PowerEgg has a new innovation to share, the PowerRay. Unlike the PowerEgg, the PowerRay will not take to the skies, it is an underwater drone for fishing.

It comes equipped with a 4K camera that connects via WiFi or Bluetooth to your iOS or Android device. It can also take 12 MP photos. You can stream live to your device in 1080P.

The underwater fishing drone can dive 30 meters deep, and has a long lasting  battery life of 4 hours. It also comes equipped with a fishfinder sonar, it can detect fish 40 meters below and the drone even has a fish lure to attract the fish.

The PowerRay is also capable of delivering your bait to precisely where you want it with an addon.

With the PowerRay, PowerVision is trying to reform fishing as we know it, and you can even control the PowerRay with VR googles. These goggles have gesture based navigation. making the fishing drone respond to head movements and move accordingly.

The fishfinder can also be used alone to get information about the underwater landscape, temperature and fish. Everything will be available via the app, and you can also get fish alerts.

The PowerRay is expected to start shipping in February 2017, but the price has yet to be revealed.

The PowerEgg also by PowerVision Robot has to my knowledge not been released yet, although it was set for release late in 2016. Hopefully they can keep the release date of the PowerRay, and I hope the Egg will be released at about the same time.

There are some other drones that can be used for fishing, like the Mariner2 and the Aero kontiki.

Fishing via a flying drone has serious limitations though, the flight time being the most limiting one, most personal and prosumer drones can only fly for about 20 minutes, with the exception of the DJI Phantom 4 Pro which will keep going for 30 minutes.

Even so it is limiting when you are trying to fish, however the PowerRay fishing drone can keep going for 4 hours, which should be plenty for most fishing uses.

You also have the fishfinder sonar that you can use to find the fish, and a glowing lure that will attract the fish to the drone.

You can however scan the terrain better with a flying drone, and flying drones can be used to deliver lifesaver devices.

Drones for Fishing you Can Buy Now

The SwellPro Splash Auto (Mariner2) is one drone for fishing that is shipping right now. It works with GoPro cameras, has a range of 1k and a flight time of 20 minutes. The Mariner2 can be used to cast baits and it can even be used to deliver inflatable lifesavers.

The Aero Kontiki is in a different price range, in the $4000 range, and thus seem to target more commercial interests, or wealthy hobby fishermen. It can deliver a baited line 1km after which it will return to the beach by itself.

Whatever your style of fishing, the future looks interesting.