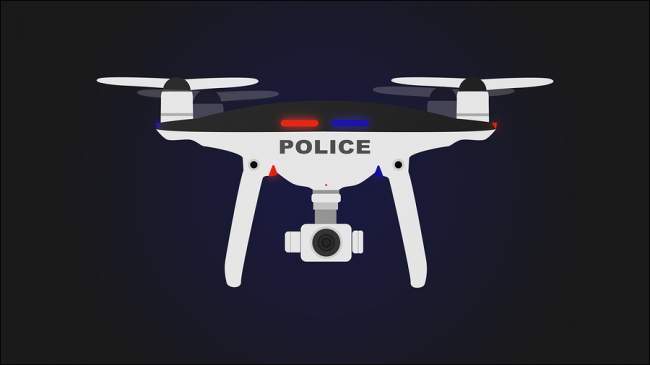 In a perfect world the government and police would be our friends. In real life the police can turn into an oppressive tool of the state, overstepping it’s mandate to serve and protect the public.

In some countries police officers are peace officers. In the UK, police generally don’t even carry guns! In the Unites States however, there has been growing concern over the years that the police are becoming too militarized. Equipping themselves with high-tech weapons and equipment which would be more at home in a war zone.

So there should be no surprise that the idea of police using drones to pursue suspects makes plenty of people rather uncomfortable. Mainly because once the police start using drones, they may use them to invade our privacy.

For most of us, those worries are still some distance in the future, but for residents of Dallas, Texas it’s a dilemma they are facing now.

Dallas police have asked permission to use drones as a way to find and pursue suspects more easily. While police agencies across the world have used drones to conduct search and rescue operations or to find suspects using FLIR and other similar technologies.

It seems however that the Dallas police would like to use drones more extensively as part of normal policing. While people are worried that the cops are going to use their drones to spy and incriminate people who are doing no harm in private, they will still be subject to the law themselves.

So officers will need to maintain line of sight and can’t cross on to private property without a warrant. If the Dallas police want to fly outside of standard FAA regulations they have to apply for a waiver each time. This includes night flying or close to restricted areas.

Although we don’t know much about the specific drone models in question, we do know that they are going to be expensive. As much as $30 000 in some cases. Clearly these will not be off-the-shelf drones, but specialized machines for law enforcement.

As Good As Your Word

In the end, what the law says on paper and what law enforcement does in practice are often not quite the same. Dallas may be a good test case to see how well police can avoid the temptation of a little light spying or how evidence gathered using drones will hold up in a court of law.