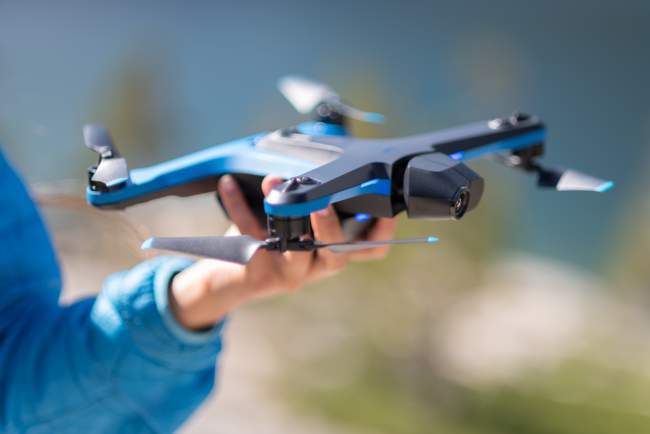 Just a little while ago I wrote about the teasers, rumors and leaks surrounding the enigmatic company that brought us the original Skydio drone. A drone that emphasized autonomy above all, which meant it neglected some fundamentals in order to provide the closest thing to total hands-off flying we’ve seen so far. At least when it comes to commercial drones.

Now the  Skydio 2 has been revealed in all its glory. The company has been hyping their new drone for a long time, but is the product they’ve put on the table deserving of the hype? It’s time to take a closer look at the Skydio 2’s feature list and figure out of we really should be waiting to pull the trigger on that next drone.

Nvidia is a company that’s best known for making graphics chips for consoles and computers, but the company has been making a serious push into the Artificial Intelligence world.

The Skydio 2 uses one of the latest AI chips from Nvidia. Namely the Jetson TX2. This is the same technology that’s driving the latest Tesla self-driving technology, although those cars will have more Nvidia chips in total. 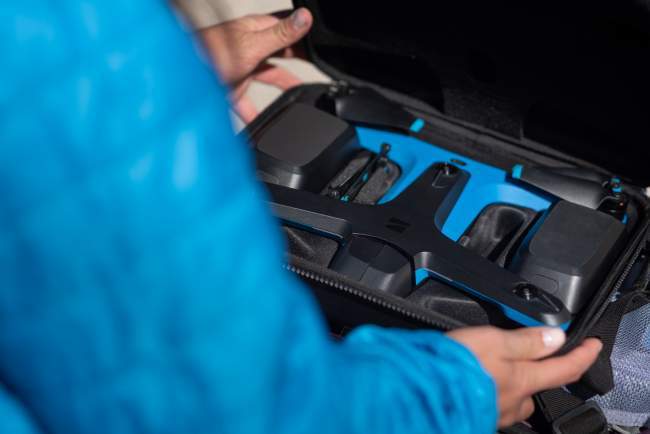 The TX2 is a monster if you take it’s per-watt performance into account. Something that’s critical in a battery-powered drone. the TX2 can perform 1.3 trillio operations each second and the Skydio needs every single one of them to figure out how to navigate 3D space. Needless to say, nothing in any other drone of this type comes close in terms of raw AI power.

Where No Drone Has Gone Before

When I first tried out the DJI Spark, which is the entry-level follow-me choice I would recommend to most people, I had visions of it following me around as I rode a bicycle or simply strolled through some nice scenery. Sadly, while it could prevent itself from crashing into things blocking its flight path, it lacked the “object avoidance” of more expensive DJI drones. Those drones could plot a new course and keep following you, up to a point at least.

Well, looking at the demonstration videos of the Skydio 2 in action, the high-end follow-me solutions from DJI now look about as simple-minded as the Spark did compared to a Mavic 2.

Of course, these are all staged by Skydio itself, so it’s best to wait for independent testing. However, if their own demos are a reflection of the Skydio 2’s performance in real life, then the bar has been lifted considerably. Where the Mavic 2 in the demo simply gives up, the Skydio dynamically stays on-target. I’d be shocked if some military powers aren’t knocking on Skydio’s back door as we speak.

The Brawn Matters Too

Although the Skydio 2 is being marketed mainly on how smart it is, it still has to perform as a drone. In that respect things seem a little more mediocre on paper. In autonomous mode it has a top speed of 36 miles per hour. Presumable under ideal conditions. That’s not bad, but it’s not ground-breaking either. The camera can record 4K HDR footage at 60 frames per second. Once again, that’s good enough at this price point, but it’s not pushing any boundaries.

The claimed battery life is also a little “meh” at 23 minutes. Given all the tech on board we have to respect that it’s on par with other drones in this market, but if flight endurance is more important than complex autonomy, this isn’t yet a clear-cut winner.

The Skydio 2 can be controlled with an app or direct controller. So far, so normal. However they have also introduced a device known as the “beacon”, which is a very streamlined device that lets you give limited commands to the drone and makes it easier for it to find you.

The GPS tracker in the beacon solves one of the big issues “follow-me” drones have had in the past, which is that if they lose sight of you they just head back home or try to land safely. Some have used predictive machine vision methods to keep tracking you when moving out of sight for a moment, but the beacon takes all the guesswork out of it.

The Price is Right

The asking price for the Skydio 2 is $999. That’s a pretty good price for what promises to be a cutting-edge piece of technology. It shouldn’t be too surprising since most of the innovation built into this machine is software. The hardware components that make up the Skydio should be the sort of thing that drone manufacturers can procure with ease.

That puts it right on a collision course with the Mavic Air and the first-generation Mavic Pro, which you can still buy new.

It’s probably a good idea to wait for early adopters to show us how capable the Skydio 2’s AI is in the real world, but if you must have one now you can reserve a unit for $100.

Only customers in the US and Canada can order them, but Skydio says they will be going global soon. Even if you did get your hands on one outside those two countries, it isn’t certified to fly anywhere else yet.

The package includes the drone, a battery, extra props, a USB-C cable and a USB-C wall adapter. The beacon and controller are separate, additional purchases.

Which means your total cost of ownership may be closer to $1500 than $999. If you need the extra goodies. I for one am very excited to see if the Skydio 2 really pushes what camerawork a drone can do by itself. Orders are expected to ship November 2019 on a first-come, first-served basis.