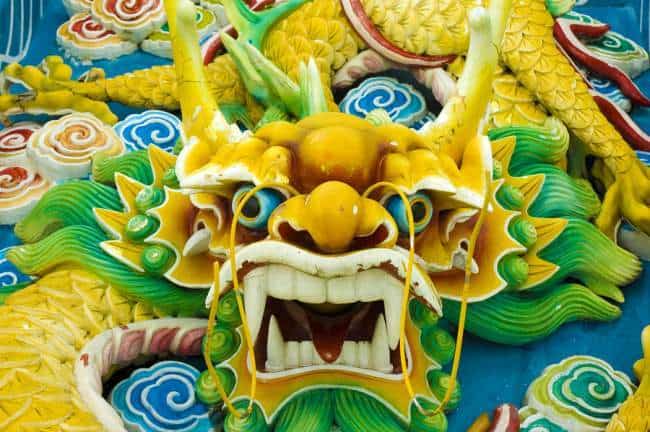 When most people thing of multirotor drones, they think of something that looks more or less like a DJI Phantom. In other words, a fixed-frame craft with four rotors arranged in a square pattern. Of course, these days there are many designs.

We have six- and eight- rotor drones for heavy lifting. Some racing drones only have three rotors. We have octa-rotor drones that look like quads, but have two rotors per boom, top and bottom. Folding drones are also more commonplace now.

At universities and private research labs, engineers are coming up with even more wacky concepts. In this case, that wacky concept is Ran’s Dragon, named for Ran D. St. Clair.

Presumable it’s called Ran’s Dragon, because in flight it resembles the traditional Chinese Dragons. It’s essentially a ribbon of material that forms the body of the dragon, with rotors mounted in a straight line along its body. The end result is something that flies like this.

According to the video description, the Dragon consists of:

I’ve not seen anything like this beast yet, but it’s a beauty and perhaps it will inspire someone to some up with a practical purpose for it. In fact, I’m wondering of those insulation panels couldn’t be solar panels instead, but we’ll leave that sort of thing to the properly smart people. For now it’s simply enough to marvel at the genius of this one-of-a-kind drone.