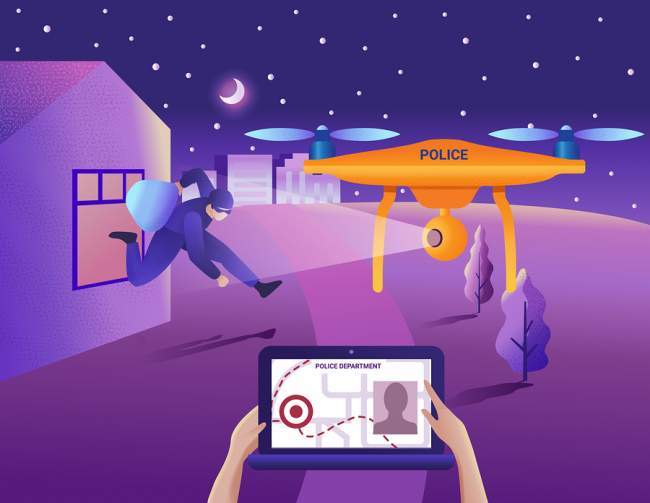 Cockfighting in case you didn’t know, is a horrible sport where large male chickens have razor blades tied to their feet and are then encouraged to fight to the death. It’s a popular form of illegal gambling all over the world and a major animal abuse problem. It’s also pretty hard to combat, since it can be set up quickly and doesn’t require the sort of permanent setup for, say, dog fighting.

According to the Fremont Tribune, police from Louisville have however found an ingenious cockfighting solution through the use of drones. Usually those taking part in the illegal activity would simple scatter to the winds. Hiding wherever they could until the cops simply give up and leave with the handful of unlucky slowpokes.

While this police department usually uses their drones for search and rescue, this $2500 billed hours of drone operation seemed to be pretty successful at preventing the bad guys from getting away. Sure, there are plenty of reasons why citizens should not want drone technology used as a matter of course by law enforcement. Still, in this particular case I think everyone can agree that the drones did good.