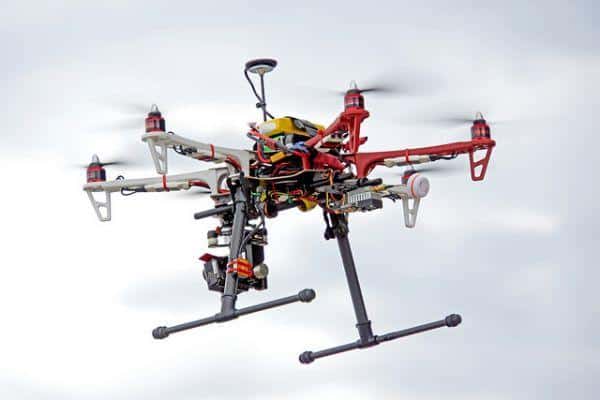 As drones decrease in size and become less expensive and more advanced, many businesses and government structures start to notice the great potential that these unmanned aircraft have. Police departments all over the U.S. are demonstrating their eagerness to begin using drones for law enforcement purposes.

While they will obviously accomplish a lot in terms of monitoring and crime reduction, there still seem to be some considerations about potential risks. Is the use of drones by the police department really such a good idea?

Drones undoubtedly can be beneficial to police departments in a number of ways. The aircraft is irreplaceable for search-and-rescue operations because it can reach areas that are hard to access.

They will also be tremendously beneficial in terms of photographing crime scenes and the sites of accidents. Many police departments have already received a permission to use drones for such purposes.

Both small and large departments from various states such as the Michigan State Police and the Grand Forks County have taken advantage of this technology. The incorporation of drones, however, has already started to cause some controversy.

What are the Biggest Dangers?

Privacy advocates have been greatly concerned about the use of drones by police departments. There are only 14 states in the US that have passed privacy legislation and not all of them have a law enforcement agency to limit the use of drones to certain activities.

Places in the country that don’t have privacy legislation will obviously raise some concerns when it comes to drones being used by the police. Would the drones enable surveillance without a warrant? It’s a big issue that many privacy advocates worry about.

The lack of regulations leads to different police departments across the country having significantly different approaches when it comes to creating drone use programs.

The good news is drone use is still in its early phases and abuse is unlikely. Despite the lack of laws, most police departments follow strict safety procedures and use the unmanned aircraft for limited purposes.

What does the Future Hold?

Even though there haven’t been cases of serious privacy violations within police departments yet, the government has to hurry and introduce comprehensive regulations that will guide the official use of drones.

The drone is an exceptionally practical piece that so many entities are eager to begin utilizing. The beneficial nature of this use will depend entirely on the quality of governmental regulations. These will also have a serious impact on the manner in which police department will get to rely on the technology in the years to come.