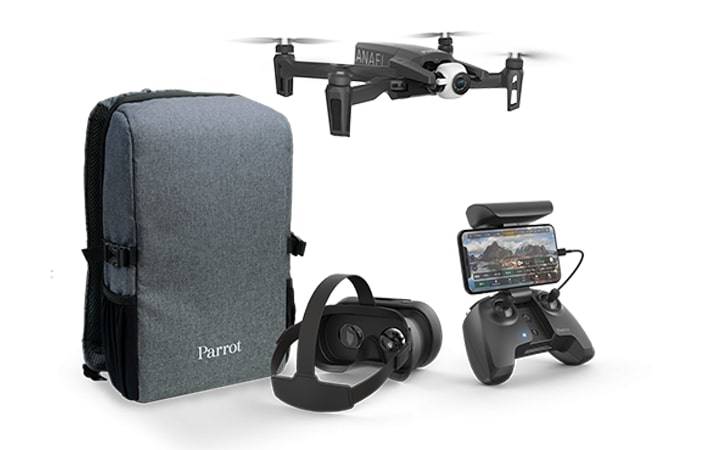 Despite being an early pioneer of smart camera drone technology, Parrot hasn’t been much of a force in the modern drone industry. Then, seemingly out of the blue, we got the Anafi drone. A competitor for mid- to high-end consumer drones that , while no perfect, offered a fresh choice to drone enthusiasts.

Now the Anafi is getting a mild refresh in the form of the Anafi FPV bundle.

The word “Anafi” means revelation, which I suppose is what Parrot wanted people to the this drone as. The base bundle provides you with a compact drone that offers 4K HDR recording at a very competitive price. Like the Mavic 2 Zoom, it offers lossless zooming. Up to 2.8x in this case. This makes camera tricks such as the dolly zoom possible.

The Anafi’s real unique party trick came from the gimbal design. For the first time a drone could look up, with a custom 180 degree tilt mechanism.

It’s a great drone, but at the price it remains a shame that there’s no obstacle avoidance, which is becoming a standard in this price range. Something even more concerning when seen in an FPV context. 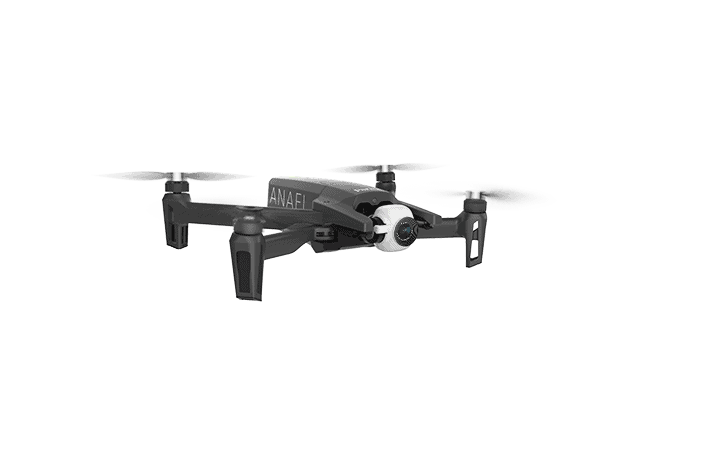 “FPV“, if you didn’t know is short for first-person view. It’s the de facto standard in drone racing and with headsets from the likes of DJI this is clearly an important area of growth.

FPV drones send camera information to a screen so that you can fly as if on-board the aircraft. Of course, most modern camera drones provide a live view, but aren’t referred to as “FPV”. It seems that these days you have to wear a set of video goggles for the FPV label to stick. The more advanced products, such as the aforementioned DJI Goggles, offer motion tracking linked to the camera gimbal. So looking around feels natural and frees your hands up to focus on flight controls. 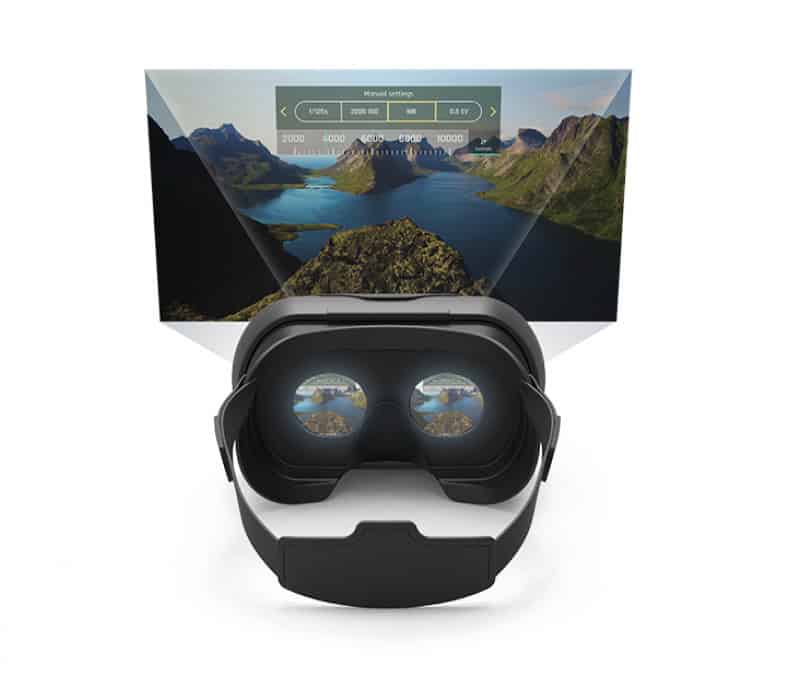 The Anafi FPV bundle doesn’t seem to bring you a new Anafi drone. As far as I can tell the specs are about the same, although the zoom is listed as “3x” on the FPV page and only “2.8x lossless” on the regular base package. I’m not sure this means anything, but by and large if you buy this bundle you’re getting an Anafi that’s more or less the same as before.

I’ve tried finding information on adding the FPV software and hardware bits for existing Anafi owners online, but the Parrot FPV pack doesn’t currently list the Anafi as compatible and doesn’t use the same bits that come with this drone. So, for now, it seems if you want an FPV Anafi you have to buy the whole thing, although that might have changed by the time you read this.

That said, I can’t think of a reason you could’ve just buy the Parrot Cockpitglasses 3, it’s just that right now there’s no separate SKU for these latest goggles from the company. It’s also not clear if you can simply use any old goggles to hold your phone.

Yes, unlike the DJI Goggles, the Parrot solution uses an app on your phone, which slots into the headset. The big improvement with these glasses is that they can fold down when not in use.

So the main changes here are in the software. Parrot have built several bespoke modes into it’s software that makes FPV viable as your main flight mode. Even when taking videos or photos. All of the camera controls are right there in your virtual HUD.

What I can’t see in any documentation is a mention of head-tracking. Which is a pity, as smartphone have motion sensors as standard and that would be the cherry on top of an affordable FPV upgrade to a pretty decent drone!