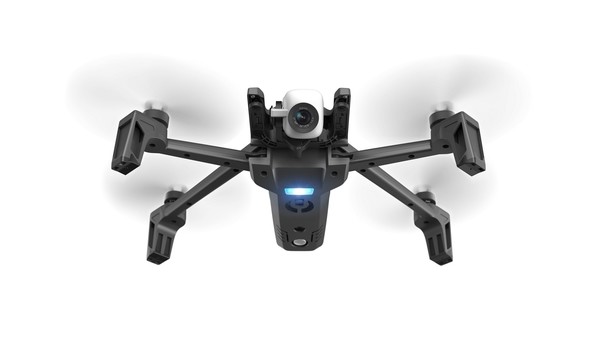 After a cryptic teaser on their website had everyone speculating about what exactly this elder statesman of the drone industry would be bringing out to market.

Let’s be honest, Parrot have made some pretty cool drones over the years. They pioneered a lot of what we think of as standard autonomy features these days.

However, they have never been synonymous with any sort of serious camera applications. Parrot makes fun camera drones for the everyman. However, the level of marketing buzz that Parrot was aiming for didn’t seem appropriate for just another Bebop drone. 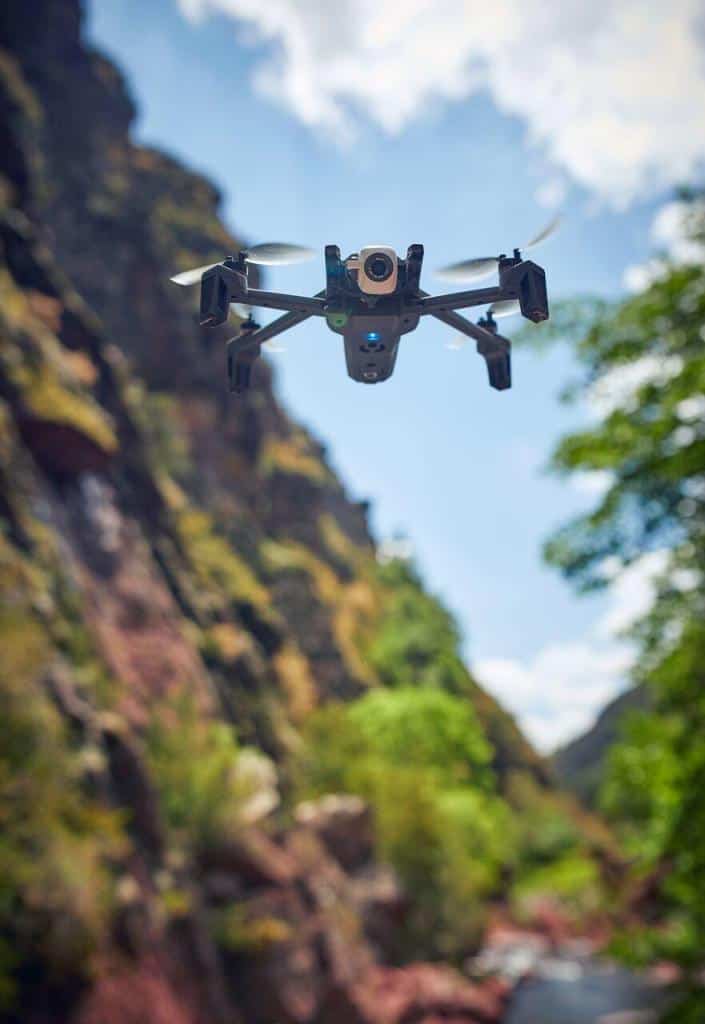 Indeed, now that the veil has been lifted it’s clear Parrot has done something completely new for their product lines. Which means it also has a completely new name.

So yes, it’s called the “Anafi”. I tried looking up the meaning of the name, but all a cursory Google turned up is that this is the name of a Greek island.

Whatever relevance that might have to the drone itself, the Anafi represents a major shift for Parrot and even does one or two things that we’ve never seen elsewhere. So what exactly is the Anafi? Why does Parrot think we should all care?

The main feature of the Anafi is the camera, which is what Parrot is punting the hardest. It’s quite an impressive unit and can film 4K HDR videos at a bitrate of 100Mbps. It support the 17:9 4K cinema resolution, so Parrot is selling this drone as serious business. If you’re happy with 1080p, it will do HDR at 60fps. 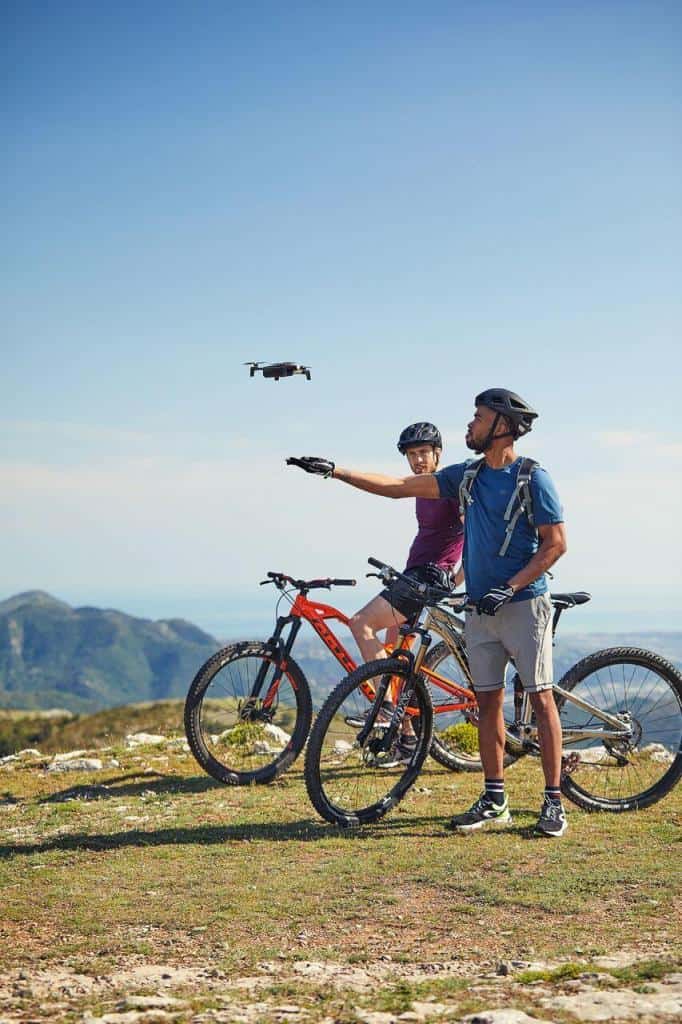 They boldly claim that his is the “most technically advanced flying camera”, although I think plenty of people would argue more advanced cameras have taken to the air by drone before. Still, on paper it does sound fantastic.

While the camera itself is noteworthy, the other trick Parrot want you to know about is the fact that the gimbal can look straight up and straight down. It has 180-degree range vertically, which parrot says no other recreational drone has done. This is actually a fantastic feature and opens up many new filming possibilities.

There are five video modes, including standard. You have slow motion filming, hyperlapse, cinema mode and high frame rate modes.

It doesn’t end there either. The drone has 2.8x lossless zoom, which is not optical, but some digital form of it. The imaging system is topped off with a hybrid mechanical-digital 3-axis image stabilizer.

The claimed battery endurance of the Anafi is 25 minutes. Parrot says this is a “high density” battery that can operate in extreme temperatures. Combined with their new flight system and strong motors, Parrot claims the Anafi is designed to fly in winds with speeds up to 50 km/h.

In sport mode it will also hit 55 km/h, which is not the fastest around, but very respectable. Especially for something this light.

The batteries are swappable and extra units cost about a hundred bucks right now. Batteries can be charged from any USB-C source, including power banks. It supports fast charging if you use a compatible charger.

The Anafi has a dual-band antenna in each arm. This help keep HD video streaming smooth while also ensuring that range is the same regardless of the drone’s orientation towards you. The maximum range is 4km, which is way more than we need these days given line-of-sight laws. 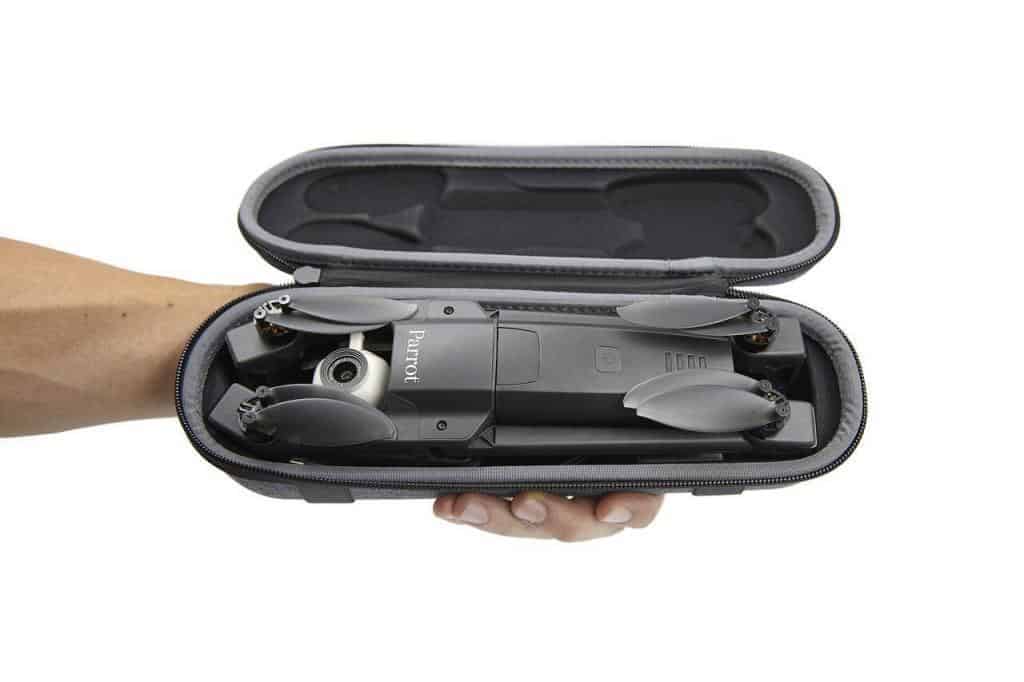 I might be wrong about this, but as far as I know this is the first foldable drone Parrot has made. Folding drones have become quite popular in recent times. The DJI Mavic is probably the poster child for portable high-end consumer drones. The Anafi is clearly aiming for the Mavic’s jugular and folds down into a highly-portable case.The Anafi is incredibly dinky. It only ways 320 grams. 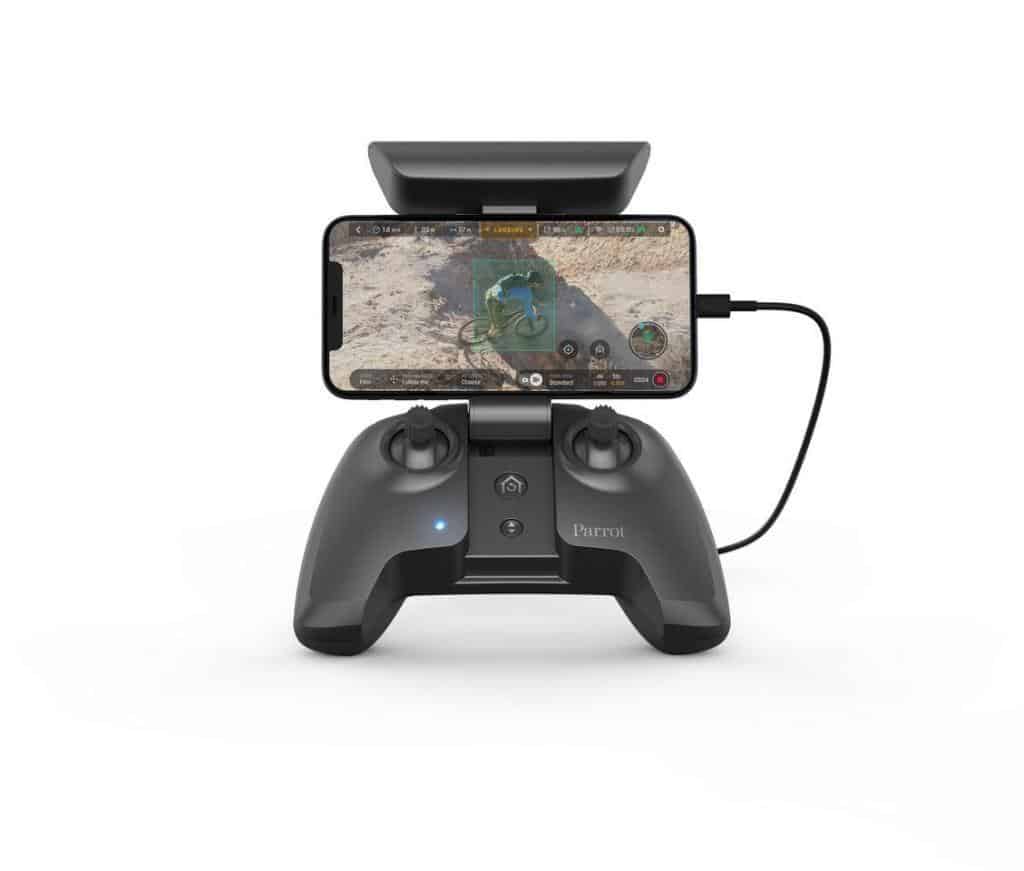 DJI’s Mavic and most of its other new drones have set the standard of how independent a modern camera drone should be. The Anafi has an embedded artificial intelligence implementation. This is what allows it to perform automated shots, which includes a following mode. Parrot have developed a new application, FreeFLight 6, to handle all the setup and control. The included controller has a clip for your smartphone and is connected directly to the phone. According to Parrot the direct connection helps keep the video stream smooth. Presumably since the signal now routs through the Parrot system and not the phone’s WiFi.

The automated shots are quite extensive. There’s a 360 shot where the Anafi spins smoothly.  A reveal shot that starts low on the ground and then reveals the scene. “Epic’ does a show from 60 meters. There’s a dolly zoom (like that scene in Jaws) shot, boomerang, tornado, orbit and so on.

The Anafi has several neat safety features that sound like the sort of thing many of us wish was standard on drones from the start. You can define a geofence, so that the drone won’t fly into forbidden areas by accident. “Smart” return-to-home sounds like most RTH features, where a low battery or signal loss brings the Anafi back to where it took off from. The most interesting one has to be “Find My Drone”, which makes the drone beep and gives you a GPS location for it.

Until someone gets their hands on an actual unit, there’s not telling whether the Anafi will be a winner, but by gosh does it look good on paper. This really feels like it could be the drone that clearly defines what the next generation of consumer gear looks like. The Anafi is available for preorder right now and Parrot only wants around 700 bucks for it. That’s a price that doesn’t gel with the on-paper specifications taken as a whole. Not to mention that unique gimbal. While it might turn out to be a dud in practice, I suspect we all want it to succeed. So roll on 1 July, when the beast will finally be released.