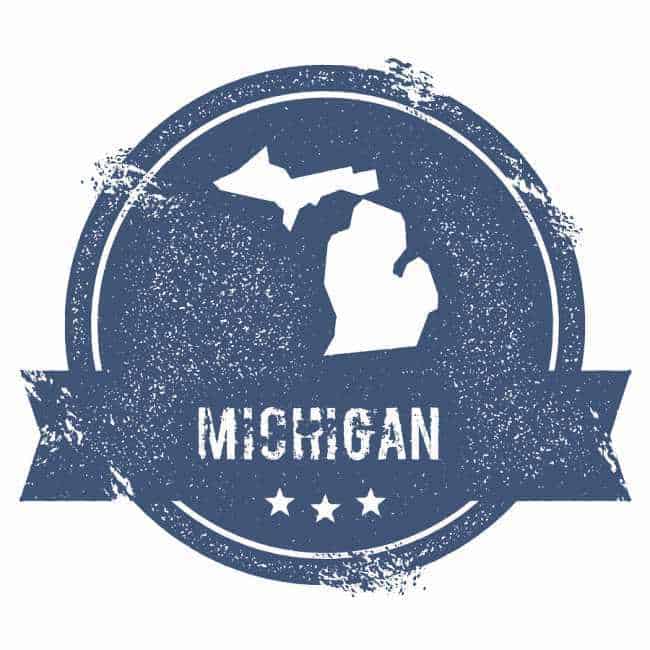 I honestly don’t know all that much about the state of Michigan. I DO know that Detroit is a city in Michigan and that’s where Robocop is from. Which already gives it, like, a million points in my book.

Apparently however it’s also the home of the worlds largest magic supply manufacturer located in the village of Colon.

There’s also a massive amount of beautiful water-based nature. Michigan has more than 11000 lakes, which is probably it’s most famous attribute geographically speaking. So I can totally understand why many photography drone owners would jump at the chance to grab some stunning footage.

Before you charge up and then charge off,  you should take care that you’re aware of the laws governing drone use in the State of Michigan .

In this article I’ll be looking at current and upcoming legislation which could put a damper in your flying time.

DISCLAIMER: We are not lawyers! This is simply an informational article pulling together some legal facts about drone use in Michigan so that readers from the region can be aware of their obligations. It’s your responsibility to make sure you know federal and state laws before you fly your drone!

In the USA Federal laws come first! The FAA has released detailed regulations about what you can and cannot do with your drone. They also require registration for drones as detailed on their site. Make sure you visit the FAA’s drone section and comply with their requirements first. Also see here if you need a drone license. Then you can look at making sure you comply with state-level laws.

Both need to be taken as a whole.

The Ban on Local Drone Laws

Unlike many other states, the Michigan State Unmanned Aircraft Systems Act preemptively stop municipalities from making their own drone laws. The act is meant to be in effect statewide.

The act  basically says that you can legally operate a drone in Michigan given that it’s in compliance with FAA rules .

Michigan has also expanded existing laws that relate privacy breaches to include perpetration by using a drone.

Apart from this, you also can’t use drones to hunt or mess with other people who are hunting by way of drone. This specifically includes drones that have been fitted with tranquilizers guns too. Which I had no idea were a thing until now.

You also can’t use a drone that interferes with the duties of the police, fire brigade, medics or other similar professionals.

If you’re a registered sex offender the you can also scrap your hopes of any sort of drone photography or operation.

The Michigan UAS Act compels the creation and maintenance of a UAS task force. The members of this task force have the job of developing more drone policies and proposing new laws on the use of UAS in the State of Michigan. Which brings us to the next bit of interesting info.

While Michigan is mostly hands-off at the moment when it comes to state-level laws, there are plenty of proposed laws on the books Not all of these will pass or at least not pass any time soon, but you should be aware of them.

While it’s not even a proposed law yet efforts are being made to ban drone flights wherever they could pose a danger to public safety or could get in the way of normal day-to-day activities.

So this could include flying over prisons, close to places where tourists go or important traffic intersections such as bridges. We’ll see if anything comes from this, since the federal laws specifically prevent states from making rules related to restricting airspace.

Michigan lawmakers are looking at laws that will describe how law-enforcement can use drone technology. For example, they don’t want the cops to use drones as a way to enforce traffic laws. They also want to empower local law enforcement to enforce FAA regulations.

Since Michigan seems to be gearing up for comprehensive drone legislation, lawmakers want to establish the penalties for breaking state drone laws. Right now it seems like their asking for a maximum penalty of $1000 or as much as a year in the Big House. Yeesh.

While the current Michigan State laws pretty much defer to federal authority on almost all drone matters, the establishment of dedicated drone task force with so many stakeholders onboard bodes ill for those who are allergic to government interference.

As soon as you create a body whose job it is to come up with new drone laws and policies it’s hard to imagine them deciding to stop at some point.

So I’d recommend that any would-be drone operator in Michigan  subscribe to any news related to the UAS taskforce . That will give you a good heads up about what’s coming around the corner for drone operators and owners.

The fact that Michigan also wants to empower Michigan law enforcement to enforce FAA rules is another red flag.

Basically you should  make sure all your FAA paperwork, stickers and certifications are in order . If they do get permission for this enforcement a policeman could ask you to produce them if they spot you operating a drone in public.

It seems that the “great lakes state” is taking on the whole drone phenomenon with gusto and that means casual drone pilots are going to jump through a lot of hoops for the simple act of flying around and snapping some shots.