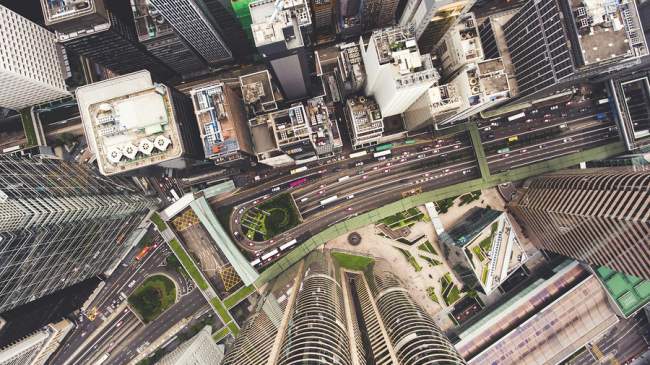 Not too long ago I wrote about the Cora, It’s a prototype drone taxi from Alphabet-funded company Kitty Hawk. Headed by Sebastian Thrun and with Google Founder Larry Page as investor, the company is working many angles related to the future of aviation.

Apart from the Cora, Kitty Hawk also has a craft known as the Flyer in the prototype stage. In 2017 the first videos of the Flyer emerged.

It was still very obviously a test craft. Several upside-down rotors, pontoons, netting and a basic frame. It doesn’t look like much. Now, Kitty Hawk have released a look at the latest iteration of the craft. Boy have things changed.

The Cora and the Flyer couldn’t be more different in their approach to personal flight if they tried. The Cora is a true drone, at least in its air taxi form. There are no controls and the whole thing is entirely autonomous.

There’s also the fact that the Cora is a convertible VTOL aircraft and the Flyer is basically a drone hoverbike. Oh, and you are only meant to fly the flying Flyer over water. I guess there’s nothing stopping you from flying over dry land, but the idea is that splashing down in water is less likely to kill you. Unless you can’t swim, that is.

So what’s changed since we saw the prototype just over a year ago? Honestly, a lot. Here’s the official video released just a few days before I wrote this.

The flyer actually has a fuselage now and looks like the sort of thing you’d want to spend money on. The rotors are now also pointing up instead of down.

The pilot has an enclosed tub that looks quite a bit like something from an F1 car. It’s still an all-electric machine and can land on either water or land. Although the video above doesn’t show off a water landing.

The Flyer is incredibly light, as one would expect. It only weighs 250 pounds according to reports. Not much more than the average male human. It has software that automatically and actively stabilizes flight, so you don’t dove nose first into a lake. That same software also limits how high and fast it will go. No more than 10 feet and twenty miles per hour. I suspect however, that this will feel plenty high and fast for most people.

So apparently it only takes an hour or two of training to learn how to fly the Flyers. But how can you actually get your hands on one?

Kitty Hawk obviously intend to sell the Flyer to the public. As yet there is no firm ship date, no price and no way to pre-order. You can however apply to be a Founder by filling in this form. If you are chosen, you’ll have the privilege of paying Kitty Hawk whatever insane price the Flyer will doubtlessly command. So if you have lots of money just lying in the vault, why not try your luck? Send pictures!