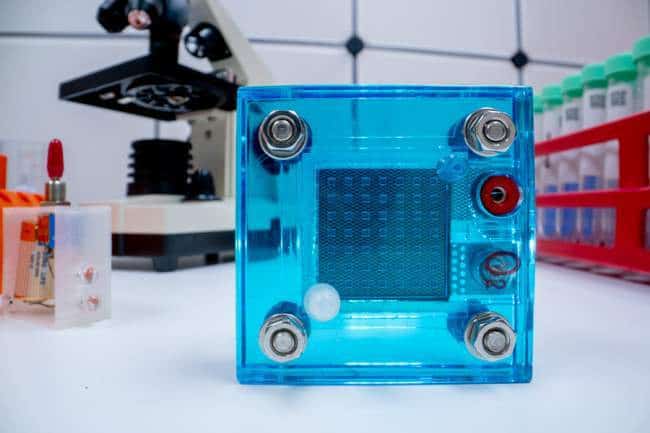 Modern day drones are technological marvels, but their Achilles heel is without a doubt flight range. Almost all multirotor drones rely on lithium ion battery technology, which is by far the most energy-dense batteries suitable for consumer use. It still doesn’t come close to matching fossil fuels however, with even the most expensive battery-powered drones struggling to get far past the half-hour mark.

Back in August 2017 I wrote an article about alternative energy sources for drones. RC aircraft have been running off gasoline and other fossil fuels long before they were battery-powered, so it made sense to consider this for drones.

It makes particular sense when you want to do something like Amazon Prime Air, with drones flying relatively long distances. Refuelling is fast, as opposed to charging or swapping out batteries. Most importantly however, is that pound-for-pound you can fly much further with gas.

The problem is of course that gas is bad. It’s melts polar bears, or something equally horrifying. The last thing anyone wants is to cover the skies with gas-guzzling flying delivery robots. Which leaves us in a bit of a pickle.

However, in that same article I mentioned hydrogen-powered fuel cells as a future solution to the range issue. One without all the dire environmental pitfalls. Now a Korean company has set a massive flight endurance record using that very same technology.

South Korea is famous for a whole bunch of reasons, most of them to do with their astonishing contribution to technology. The rest, it seems, is all about the world’s sudden obsession with K-pop. While I love Gangnam Style as much as the next guy, it’s that yummy South Korean tech that whets my appetite.

As a case in point, a company named MetaVista has set a staggering 11-hour flight record using a drone powered by fuel cell technology. This consumed 390 grams of liquid hydrogen, consumed from a rather large six liter canister suspended from the airframe. This is more than just a demo of future technology too.

MetaVista has products ready for commercial customers, for drones that weight between 11 and 44 pounds. Wait. Is that’s Jeff Bezos’ wallet I hear opening?