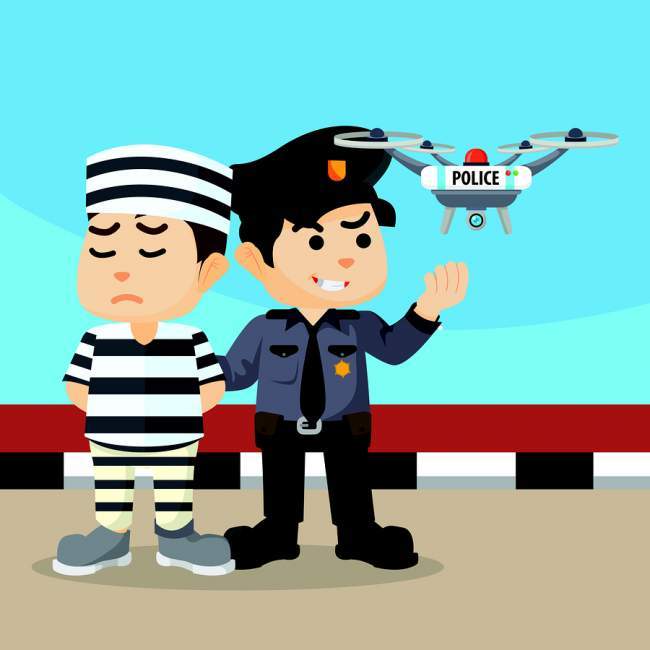 The relationship between technology companies and state institutions such as the military or law enforcement can be a tricky one. On the one hand, there’s good money to be made. On the other, some people might have a problem giving their money to these businesses, or even working for them.

As a case in point, Google was essentially forced into not renewing a military AI contract, because their employees were not happy.

So what will people think of the news that DJI is partnering up with the company that provides America’s police body cams? I suspect it won’t be a problem for most people, but we should all know exactly what those dollars paid for DJI products are going to mean in this context.

The partnership is with a company called Axon, who you might be more familiar with under their former moniker of TASER. The partnership program is known as Axon Air. It’s the combination of DJI’s drone technology with Axon’s camera evidence system. Through Axon, DJI can now sell specialized law-enforcement drones directly to the police.

There are a whole bunch of use cases listed by the companies to pitch them at LEOs:

There are more, but these seems to be the key selling points. Of course, the drones themselves are not off-the-shelf DJI products.

The black “tacticool” -looking drone on the project page sports several protrusions, one of which is an FLIR camera used to find people. Either fugitives or people in need of help.

At least these drones are not equipped with any actual Tasers. At least as far as I can tell.

Law enforcement has been making use of drone technology for a while now, but this push by DJI has a good chance of mainstreaming the practice and standardizing police drones. So the next time you hear the familiar buzzing of DJI craft, it might just be the fuzz.