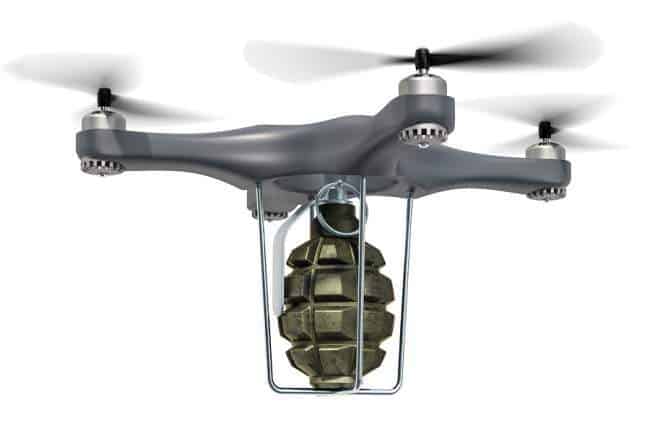 Drones are getting more and more technically advanced, and you get more flight time and power for your money. While this is great, it also makes drones a bigger security risk as people with bad intentions easily can get a drone that can fly for over 30 minutes and cover pretty large distances.

There have been nefarious uses of personal drones in the past. Isis has used drones to drop bombs in Iraq, and these drones are quite difficult to shoot down because of their design. There was also a drone attack on President Maduro in Venezuela in 2018.

There have been several proposed solutions to this security problem. The dutch tried to use eagles. You have net guns, that shoots nets at drones. There are also drone jammers for disrupting the communication.

The latest anti-drone device is called the DroneBullet, and it is developed by Canadian company AerialX. The DroneBullet weighs 910 grams and is maneuvered by an array of propellers. It does not carry any explosives, instead it will ram the drone at 350 kilometer per hour, causing the drone to crash or malfunction.

Here is an example of how it works:

Note that the DroneBullet is being sold to law enforcement and the military and is not available to the public.