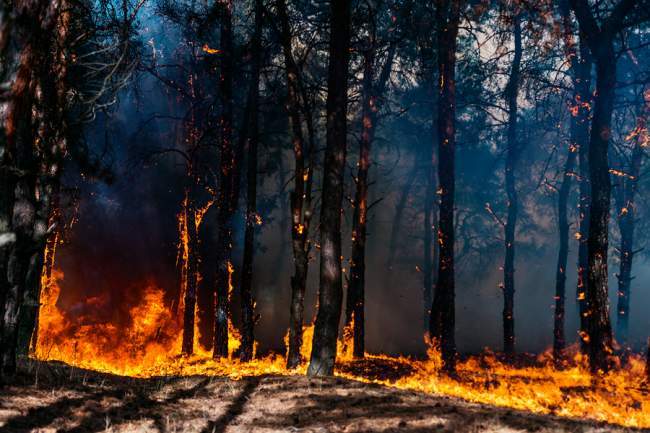 California has a fire problem. The state is infamous for its devastating wildfires. Annual fire disaster costs lives, property and devastation to the economy. Once these fires get going, it’s all authorities can do just to stop them from spreading until they burn out. Actually putting some of these huge fires out is beyond our ability. Often all residents can do is get out of the way and watch their properties burn.

The sad truth is a significant percentage of the worst fires are caused by humans. I don’t mean from campfires or flicking cigarettes from car windows. No, sparks from power lines and ageing electrical infrastructure as a whole is a key contributor to the problem.

If potential problems could be detected and fixed before a fire is ever started, California could save literally billions of Dollars from damages. Not to mention the people and wildlife that would not have to perish. Now a company called Flight Evolved thinks they may have a way to help utility companies predict where these sorts of accidents are most likely to happen. How? Mainly lasers, believe it or not.

The key piece of hardware that’s been added to FLight Evolved’s drones is LiDAR. The name is a riff off RADAR, which stands for RAdio Detection and Ranging. LiDAR performs the same basic function, but using laser light. It’s Light RADAR – LiDAR, get it?

If you’re been keeping an eye on robotics you’ll know that LiDAR is one of the premium sensor solutions roboticists use when they need to map the environment very precisely.

All of the self-driving car projects that really matter make extensive use of LiDAR to scan their immediate surroundings. The same goes for the menagerie of robots made by Boston Dynamics.

The basic function of a LiDAR system is to detect the distance from the scanner and an object. However, modern LiDAR systems can measure the distance to object so rapidly, that it’s possible to build a detailed model of the object’s surface. It does this by firing laser pulses at the object and measuring the time it takes to come back.

LiDAR has been put to many interesting uses, but what most people may not know is that it’s being used as a way to map utility systems. They are even being used to map and assess rail and road surface conditions.

When it comes mapping the condition of thousands of miles of electrical utility infrastructure, things aren’t so simple. For one thing, it’s not just the state of electrical poles or other man made objects that could be the start of a fire. They also need to know where the dry vegetation is getting too close to a power line, so that it can be trimmed back out of reach from wayward sparks.

Clearly it’s not practical to do LiDAR scanning with vehicles or on foot. Helicopters and other full-size aircraft are also too expensive to do this sort of extensive, detailed scanning. Flight Evolved have solved this issue by strapping LiDAR equipment to a fleet of drones.

This way massive tracts of land can be scanned quickly and in an affordable way.

Flight Evolved have done more than just gather 3D LiDAR data and dump it for someone else to puzzle out. They’ve also developed software to analyze and  let the utility companies know where and when they need to intervene.

That means detecting downed poles, broken lines and overgrown vegetation in days. Soon enough to do something about it before it’s the next tragic headline.

This is a brilliant application of drone technology that stands to have a real, tangible impact on thousands of people who fear these wildfires every year. With enough smarts and information, they may just become a thing of the past.