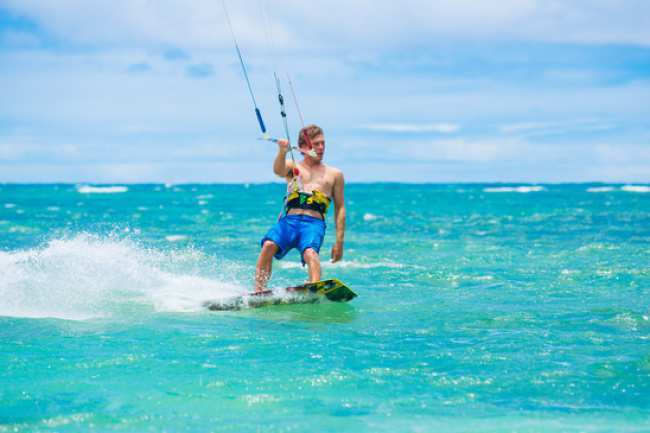 Just when we thought that all the uses to which a drone can be put to have been exploited, Freefly Systems found a new use for it: surfing. Toward the end of summer, Freefly Systems released a video featuring a man on a wakeboard being pulled by the Freefly ALTA 8.

The drone is seen pulling the surfer effortlessly; however, he needed a running start to gather momentum. Pulling someone on a wakeboard across water surface requires a lot of horsepower. The octocopter pulls off the stunt with a lot of ease. More stunning is the fact that the surfer maintains decent speeds throughout the incredible video footage. The US$17,495 drone seems to be worth every cent of its cost price.

The video drew both awe and skepticism in equal measure. Mashable had their share of skepticism too and had to contact Freefly systems to ascertain whether the video was indeed real. In an email, Hugh Bell confirmed that the video is a 100% real. He further explained that they would be soon posting a behind- the –scenes video footage to confirm that indeed the Freefly ALTA 8 is the only thing pulling the surfer.

The Freefly ALTA 8 is driven by eight 3-Phase PMAC Outrunner motors. The motors have a continuous power output of 350 W and peak instantaneous peak power of 950 W. It’s powered by two batteries connected in parallel to achieve a nominal voltage of 22.2 V. The batteries can either be 16, 12 or 10Ah. The flight time is determined by the payload. This could mean that a heavy person may not achieve the as much speed and enjoy as much surfing time as the athletic gentleman in the video. The motors can achieve up to 6300 RPM. The ALTA 8’s maximum pitch/ roll is 45°. Its maximum yaw rate is 150° per second.

Unfortunately, the drone has to be navigated by a second person other than the surfer. Therefore it could take a while before you can see a hoard of surfers at the waterway close to you. It may not become a fully fledged sport until manufacturers build in a simple drone control mechanism into the handle to enable surfers to control the drone themselves. The good news though is that no waves are required therefore the drone can be used for surfing on low-friction lakes.

Coming barely a year since Aerone also posted a video of a snowboarder being towed by one of its drones, the introduction of surfing by Freefly Systems is an indication that drone enthusiasts are still finding ways to integrate drones into their daily lives. They are now moving out of the norm to explore new frontiers. Freefly ALTA 8 is quite costly though and could prohibit fast adoption of drones in surfing. It hoped that a less costly but equally capable version will soon hit the shelves. Nevertheless, it’s satisfying to see such a showcase of creativity frequently as we have witnessed in the recent past.