Two of the most efficient, easy to fly, and all around best looking aerial photography platforms in 2016 are DJI’s Phantom 3 Pro and the Inspire 1 quadcopters.

The Inspire 1 is priced much higher than the Phantom 3 Professional, but is the difference really worth it?

That totally depends on what you need it for.

For those who don‘t know, DJI was founded in 2006 in Shenzhen, China, and provides aerial photography platforms, ready-to-fly multirotors, cameras, and ground stations.

DJI is a market leader when it comes to drones, and produces some of the most innovative, stable and priceworthy drones around. 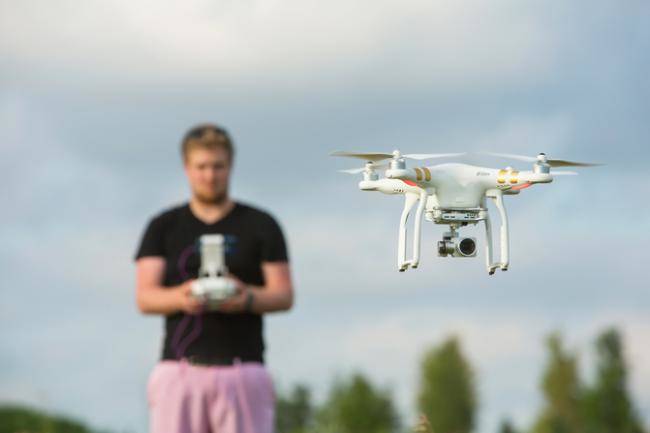 This quadcopter has evolved from a line that is extremely popular in the industry. Phantoms have redefined the industry and provided many people with an introduction to drone and quadcopter flying. The Phantom 3 Professional takes this line to the next level. This quadcopter is fully prepared to be a professional photography platform.

As a beginner it is extremely easy to get started. Right out of the box this quadcopter is ready to fly. In the RC world this is called an RTF model, or Ready-To-Fly. The process includes simply charging the battery, plugging in said battery, mounting your phone to the transmitter remote (which is extremely easy by the way), and fly. Flying is pretty easy, too. A beginner can learn to fly around smoothly, hover, and land in less than 30 minutes.

When you are done or want to come back to the field the next day, the overall breakdown and setup time usually amounts to a minute or less. The batteries are extremely easy to tank in and out, and charge in about 45-60 minutes. The quadcopter’s batteries usually last 15-25 for normal, everyday flying. Getting an extra is always a good idea, to minimize your ground time.

The Android and iPhone app is also very user friendly. It includes all you need to plot your own GPS navigation routes, and allows a quick switch between map mode and first-person-view (FPV).

Both the Phantom 3 and the Inspire have a 3-axis stabilising gimbal, but a big difference is that the gimbal of the Inspire can rotate 360°, and can get all the shots without the propellers getting in the way.

The DJI Phantom 3 Pro was crowned by us to the best drone with camera in our Top List. 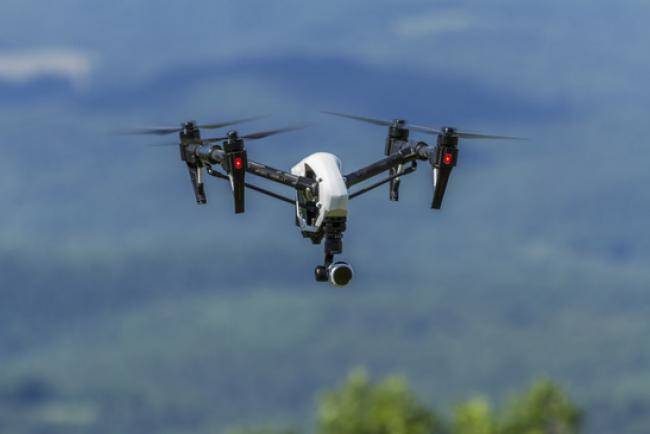 The Inspire 1 looks really stunning, which can be a plus when you want to look professional, and it has some features important for aerial photography that the Phantom 3 Pro lacks.

One impressive feature that will be noticed right off the bat is the retractable propeller arms. After the quadcopter has taken off, and a certain altitude is registered, the quadcopter’s four arms will transform and lift up at a positive angle to provide the camera gimbal with a full 360 field-of-view, non-obstructed, for the on board camera.

No Propellers in the Video

When filming propellers have tendency to show up in the footage, this problem is solved with the Inspire 1 and you will be able to shoot 360 degree video, without any props showing up on.

One important thing that separates the Phantom 3 Pro and the Inspire 1 is the ability to have more than one operator. One person can control the camera, while another controls the drone. This makes it much easier to get just the right shot, and you can shoot really professional cinematography.

Since the DJI Inspire is so big, it takes more experience to be able to handle it safely, as a crash can be more dangerous. The size makes the drone being able to handle wind better, while still keeping the drone stable.

The downside to the size is that it is not as easy to carry around as the Inspire Pro.

It has less than 1 minute of teardown or setup time, just as easy as the Phantom 3 Pro.

The package also includes a mobile application that has all you need to setup GPS routes and keep a clear eye on your quadcopter’s status while flying.

You can learn more about the DJI Inspire 1, and Inspire 1 Pro here in our list about the best commercial drones.

The Phantom 3 is much more affordable, and the footage is really good, but the more advanced features of the DJI Inspire, such as the Dual Pilot and true 360° camera that gives you unobstructed video footage makes the DJI Inspire 1 a very interesting professional video tool for those that have the budget for it.

Both the DJI Inspire 1 and the Phantom 3 Professional are easy to fly, but the size of the Inspire makes it more resistant to wind,