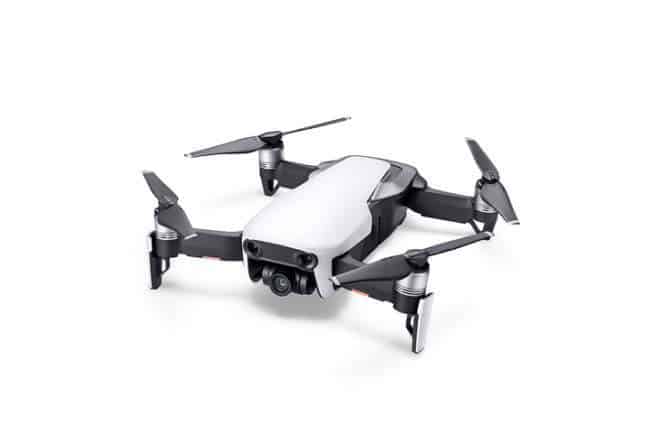 The DJI Spark has shown that there’s a strong market for high-end, ultra-portable folding drones with high levels of autonomy.

You can’t throw a search for drone videos on YouTube without hitting a bunch of people gushing about how much they love their widdle Spark.

After keeping us nailed to an online countdown timer, it turns out that DJI’s next big announcement is actually something very small.

Although we sort of already knew thanks to leaks, earlier today DJI announced the Mavic Air.

A new palm-sized drone that sits somewhere between the Spark and Mavic Pro in terms of specs and price. The gap between those two products is actually quite large, so could this turn out to be a stroke of genius on the part of DJI?

Let’s talk about the size of this drone first, since that’s probably the most striking thing about it. The Mavic Air folds down to 168 x 83x 49 mm.

That’s  comparable to a typical modern smartphone.  Which makes this a truly pocketable drone. Unfolded it’s 213mm diagonally. Compare that to the Spark, which is 170 mm and you’ll see they are in the same ballpark.

In comparison the 335 mm measurement of the Mavic Pro seems positively enormous.

Of course, what we all really care about is how good the camera is. The Spark has pretty great picture quality for what it is, but there’s a chasm between it and the Mavic Pro. Moreover, the Spark suffered for only having a 2-axis gimbal.

Attached to this tiny mechanism is a camera that will record 100Mbps 4K footage, which will easily eat up the included 8GB of internal storage.

It can take stunning 32 megapixel panoramas, 120fps 1080p slow motion video and HDR photos according to the marketing bumf. 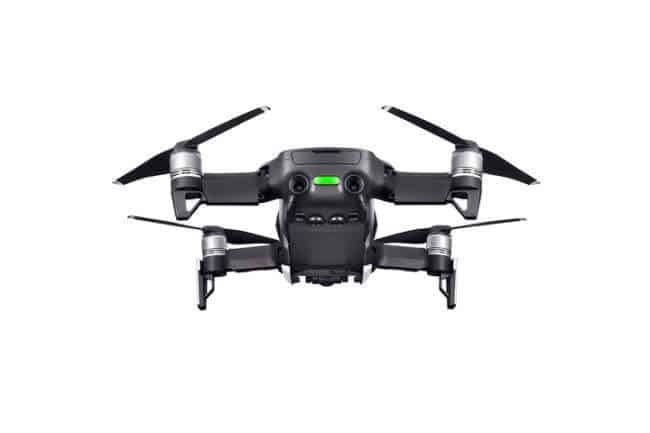 One of the best things about both the Spark and Mavic Pro is the focus on autonomy. The Spark in particular aimed to be a personal drone that did not require you to be a drone pilot. The standard Spark package doesn’t even come with a manual remote!

Unfortunately the autonomous features of the Spark were a little more simplistic than the Mavic Pro and the range of tracking modes is more limited.

The Air has the  full-fate active track technology  with the ability to track up to 16 subjects at once. This is something the Spark had issues with and plenty of people who wanted it to follow them on a bike or while being really active ran into issues. It seems the Air will remedy this.

It also has six pre-programmed shooting modes called “quickshots” that will give you a specific effects. On top of this, they’ve also improved the gesture-based SmartCapture controls, which weren’t all that reliable in the Spark.

Much of this is possible thanks to Flight Autonomy 2.0. The Air is packed with sensors that tell it where other objects are and to bypass obstacles. Another thing the Spark couldn’t do. The Spark would not run into obstacles, but it also wouldn’t fly around them. 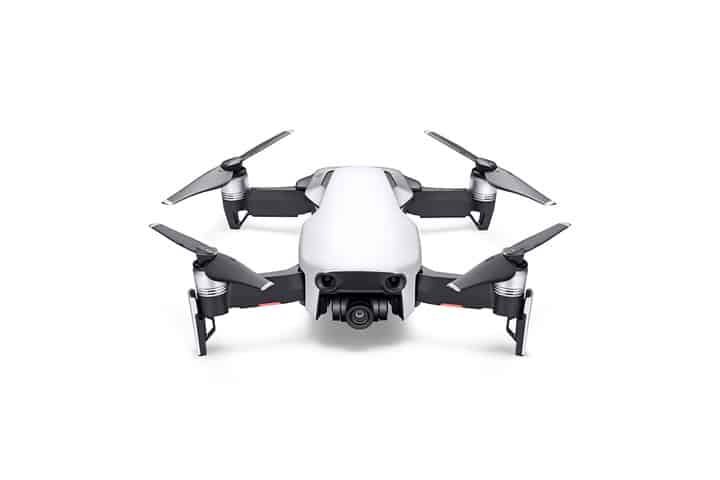 In terms of flight performance the number look pretty average, until you remember just how bonkers the size of this thing is. You’ll get about 21 minutes of flight time with a maximum speed of 68.4 kph.

This is probably to do with the new rotor and speed controller design, which is more efficient than before. It seems similar to the improvements they started making with the Mavic Pro Platinum.

Flying Off the Shelves

It seems that the Mavic Air is shipping from the 28th of January and preorders are open now. The asking price for the base package is $799. That’s twice what the Spark is going for right now, but this is a massive upgrade over DJI’s previous consumer darling.

There’s absolutely still a place for the Spark, which will hopefully drop even more in price, but given the choice I’d take the Air every time.

When it comes to comparing the Pro and the Air, well that’s much harder.

Right now there’s only a $200 difference between the two, which makes it a hard choice. In some ways, such as compactness, the Air is better. The Mavic Pro still beats it in several areas, such as flight time though. So it’s not a clear cut choice. Be sure that we’ll be comparing the Spark, Air and Pro in detail soon.