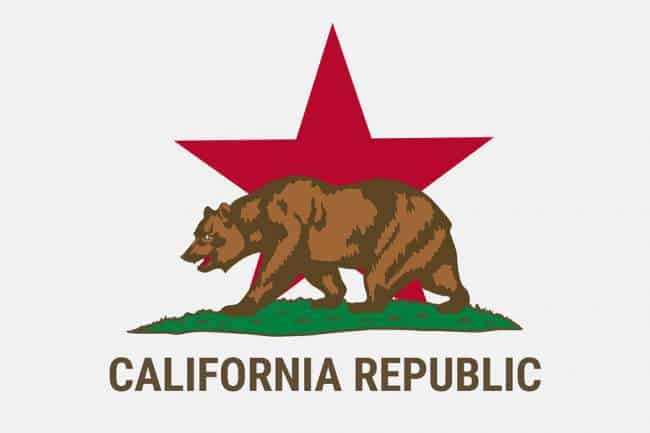 Ah California. It’s one of the most happening places in the world. It has Silicon Valley, Hollywood, amazing natural beauty and according to the Beach Boys some of the best female specimens on earth.

It’s not all milk and honey however, if you like buzzing around those gorgeous skies with a drone you’ll have to take note of the man’s rules dude. I know it’s, like, a major bummer, but that’s life.

Before I say anything about the laws of this totally-radical land, let me first lay it out for you. I’m not a lawyer. This is not legal advice and I don’t take any responsibility for it being out of date when you read this, incomplete or incorrect. The purpose of this article is to highlight some of the laws in the State of California that have the biggest impact on drone pilots.

As always it’s your responsibility to be fully-aware of the laws in your part of the world  as they apply to you. Ignorance of the law is no excuse.

Giving the Feds Their Due

If you didn’t know, the Federal Aviation Administration were given a mandate to create regulations concerning drone operations in the United States. After a few years they finally introduced them and as of today they are on the books and in effect.

No matter where you are in the USA, you will be required to comply with FAA regulations where they concern you and your specific drone. This means going through a registration and UAV certification process applying the right markings to the craft and adhering to the list of rules. You can read a comprehensive summary of those rules here.

Most of these are perfectly reasonable and help promote aviation and public safety. If you need to do something that these regulations for civilian drone pilots don’t allow (such as night flying) you’ll have to get in touch with your local FAA office to find out if there is a way to get permission.

One thing that’s covered at every level are the rules that protect manned aircraft from your fumbling stick controls. You should stay away from airports unless you have permission from them to fly there. Even then you may be required to be in contact with the control tower via radio so that the air traffic controller can communicate with you.

Generally you can’t fly your drone within five miles of an airport. Some people live in places where there’s no getting away from that and it may then be possible to make an arrangement with the local airport.

The State of Things

Complying with federal laws is almost never enough, there are also many state-level laws that must be obeyed. It can even go farther than that, with local ordinances in your city or town taking precedence, even when something would be legal under federal or state law.

So always be sure check with local authorities if you have any doubts whatsoever about the legality of what you want to do with your drone.

The main thrust of the California drone laws revolve around privacy issues. If you knowingly enter the airspace over private property without permission with the intention of taking photos or video, you are guilty of invading someone’s privacy.

There are some exceptions and exceptional circumstances, but in general if you have people or property in your footage you should have permission from those people and the owner’s of the property to own and use that footage.

Another interesting aspect of the Californian drone laws relate to emergency workers or law enforcement. Basically it says that if your drone is interfering where emergency responders are trying to do their job, the state can never be liable for damage to your drone.

What this really means is that the cops, medics and firefighters are free to take down your drone and there’s nothing you can do about it. That’s a good reason to keep your drone grounded at accident scenes or other situations where people are in need of help. This is doubly important since police and other emergency responders may now use drones to help them do their jobs, which means you could be a nuisance in their airspace.

Don’t think they can’t do it either, these days special anti-drone weapons are readily available to government organisations.

You should also be aware that this protection against liability extends to people who are volunteers and helping in an emergency, so don’t think because a civilian is responding to an emergency that you can take the chance to get some juicy, illegal footage.

California takes breaches of these drone laws seriously and with a few exceptions minimum fines for violations are usually no less than $5000 and as much as $50 000. That’s a significant financial blow for all but the wealthiest of people.

So check and double check that you know the legal status of your drone and all the legal places that you can fly around where you live.

You can be sure that local law enforcement has been briefed on the new drone laws and if they see you breaking those laws expect a stern conversation at the very least. Keep in mind that the police are now using drones themselves, so don’t think they’re ignorant of the technology.

This article only touches on the broad details of the drone laws in California. As usual the actual laws and regulations are much more complicated and contain a lot of detail that often turns out to be very important.

A good tip I usually give to people is that they join or at least talk to a local flying club. These guys will usually be completely up to date with local laws and more than willing to help you stay on the right side of the law. Plus, it’s a great way to make friends, so why not?

DISCLAIMER: I am very much not a lawyer, not an expert on state drone laws and absolutely not responsible for your compliance with state and federal law. This article is provided for informational purposes and to raise awareness of laws that might affect you. It’s ultimately up to you to ensure you’re using your drone legally. When in doubt seek professional legal advice or contact local law enforcement for information.
Sydney Butler
Sydney Butler is a prolific technology writer with a knack for digital gadgets and a love of flying things. He's been messing with tech since the early 90s and dreams of the day that quadcopter hoverbike finally goes on sale.
Latest posts by Sydney Butler (see all)