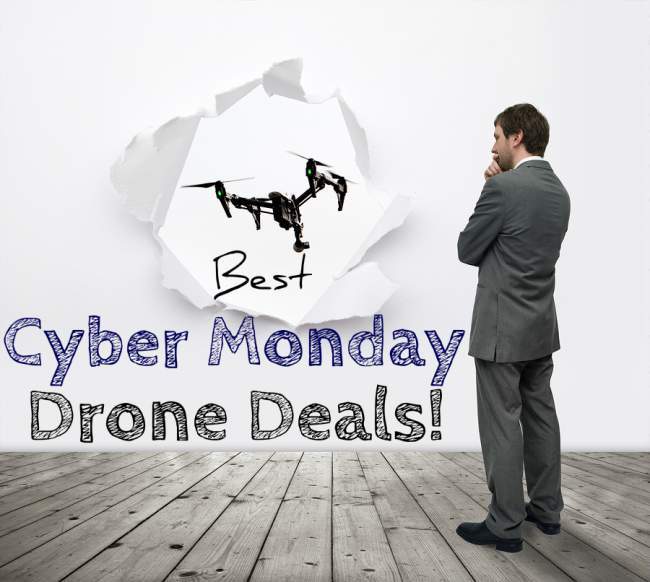 If you missed your chance to get the drone you wanted on Black Friday, you still have your chance!

Cyber Monday Deals will in some cases last the whole week, while others  stop after Monday.

The deals in the DJI Shop will keep running  until the Nov 27   , which means that you have to sign up for these deals very soon.

If you are looking for top of the line drones, DJI is the way to go in my opinion.

DJI:s site has a lot more special deals and coupons than listed here this Cyber Monday, so their website is always worth checking out.

DJI Spark – $40 off the Controller Combo

For those starting out with drones, but who want high quality with good video, the perfect selfie drone is the DJI Spark, and this Cyber Monday week you can get the control bundle for $359 which is a VERY good deal.

With the Spark you can use gesture based technology to take photos, and it even has facial recognition and obstacle avoidance.

I really like that   this drone is so small and non intimidating, meaning you can fly it around without disturbing people, or potentiality upsetting people .

The downside to the Spark is the rather short flight time.

The Mavic Air is still one of the most revolutionary drones on the market and its usual price of  $799 is already a great deal. This is one of the best foldable drones you can get, and it has the specs of a prosumer drone.

At $699 there is no reason to wait, this Cyber Monday drone deal might be the best you´ll get for a long time.

Tello is built by a third-party and then enhanced with DJI software. Don´t let that fool you, what you get is a great beginner drone that has impressive abilities.

It also has some tools to reprogram it for custom applications.

This Cyber Monday week you can get a $20 discount, and getting this fun little drone for $79 is a great deal.

To help prepare you for the final, pre-Christmas blowout we’ve pulled together some Cyber Monday Drone deals that we think are absolutely worth checking out courtesy of Yuneec, who can of course be found at Yuneec.com.

The Typhoon H is one of the most powerful and stable photography platforms in its class. This is a hexacopter, which means a whole new level of control and poise compared to similarly priced quads. Yuneec have built a drone that offers a truly competitive product compared to the like of DJI on a dollar-for-dollar basis. The company is taking a huge chunk off the standard retail price and anyone looking for a serious photography drone for mainstream drone money need to get their credit cards out ASAP. We doubt we’ll see this kit for this price again any time soon.

4K TVs are quickly becoming the norm and in the next few years just about every new TV purchase is like to have this new resolution standard. Which means that content creators have to get into the game now in anticipation of this. Unfortunately decent 4K drone video systems are still hideously expensive,which left a gap in the market Yuneec gladly aimed to fill. The Typhoon 4K quadcopter was already a steal at its regular price, but with this Cyber Monday discount knocking a third off the RRP they are almost giving them away.

Photogrammetry is a technique that converts photos into 3D models. It’s often used in high-end industrial drones to map terrain, so you can imagine it’s pretty expensive stuff.

Intel’s RealSense technology is a real leap in bringing down the cost of real-time 3D mapping. You can even buy webcams with this technology in it, so Yuneec had the brilliant idea of strapping a camera with RealSense to their Typhoon H. The idea is now however to create a cheap mapping drone.

Instead this drone uses the RealSense data to build a 3D map of the world around it for navigation purposes. This means it can avoid obstacles and even “remember” the 3D map of places it’s already been.

This is probably the most advanced autonomous drone you can buy right now and that’s saying something. It’s not for everyone, but if it’s high-end avoidance tech is what you need then there has never been a better time to buy than this.

So what does Amazon has to offer in terms of Drone Deals for Cyber Monday?

Amazon is running their  Cyber Monday Deals Week , which means there will be different deals all week.