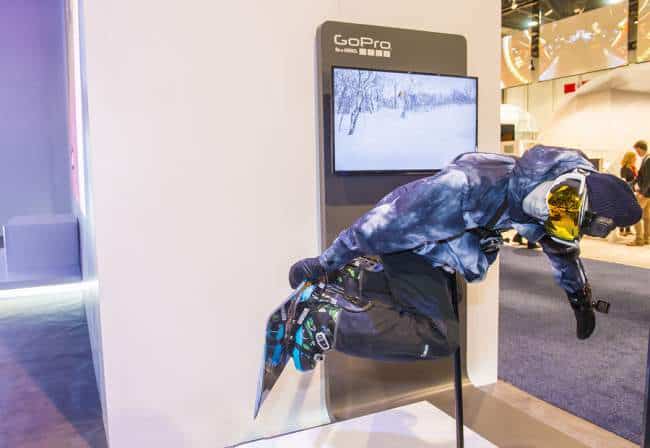 It is no secret that GoPro’s relationship with the drone industry has been tangled at best. However, when the small-camera producer released information concerning the GoPro Karma, there were many who believed this would be a pivotal release for the company.

With stocks ranging between a measly $8 to a whopping $88 per share, the company has needed a gentle push towards stability for some time now. This is the hope for GoPro’s new Karma Drone, touting that the machine is “More than a drone. Captur[ing] amazingly smooth footage in the air, handheld or body-mounted.” Does the quadcopter live up to what the company states?

Originally set to be released in mid-to-late September, the GoPro drone was push back in an effort to reinforce the reliability of the machine. GoPro has released a press statement in early January explaining that they have “completed its testing, and in early February will provide more details concerning a global relaunch of the Karma in 2017.”

Although it is possible to be skeptical about the performance of the machine, the company will be expected to produce a perfect machine. Also, if they have any hope of acquiring new customers, we will likely witness modifications to the design or performance of the Karma.

GoPro really wishes to provide you with the utmost versatility and usability when it comes to their products.

The onboard system is built with three microphones and designed to utilize the audio point with the least amount of debris. Therefore, you can take this machine with you on journeys through rough terrain with no problem capturing the beautiful environments you’ll experience.

Apart from the problems concerning the Karma’s battery life, the company touts this machine as the easiest flying experience in comparison to any drone on the market. The GoPro Karma is not only a machine, it envelopes you within its environment of cameras, controller, and application. You do not simply fly this machine. You use its dedicated GoPro Karma controller and application in order to experience the smooth skies.

However, this is supposedly a selling point for the Karma as the controller replicated the experience of using an average gaming system device. The controller is comprised of two joysticks and a “power up” connector in the center of the device.

In GoPro fashion, the Karma is positioned to be more than just a drone. The quadcopter is meant to be a portable machine, giving you the ability to bring it with you anywhere. The drone folds into a compact design while maintaining a lightweight feel and fits snug into most medium-sized bags. Furthermore, if you wish to utilize only the Hero5 camera and the gimbal that are part of the Karma package, they are easily detachable, providing you with flexibility and value.

The famed camera company is preparing to release the new drone. It is likely that we will be witnessing a 2017 Q1 release due to the fluctuating stock prices the company has seen.